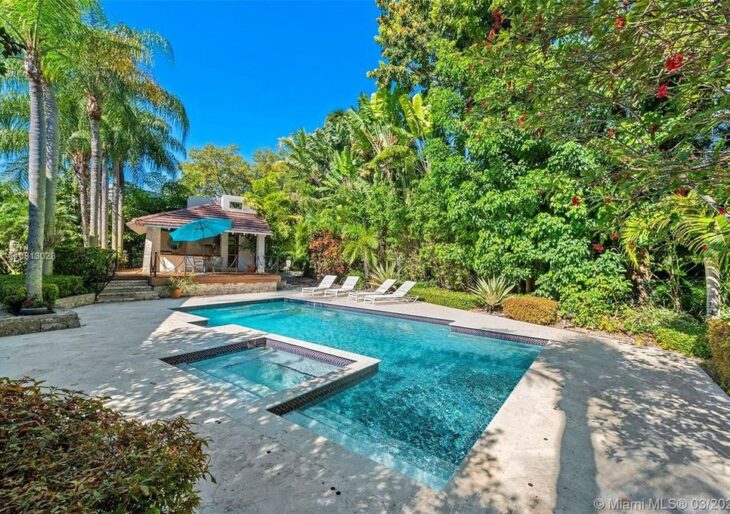 Off-beat vocalist Shaggy has a new Miami-area residence to call home. The contemporary reggae star paid $2.15 million for the five-bedroom, five-bath home in Coral Gables. According to public records, the property had been on and off the open market for over two years when it closed toward the end of last month.

The home occupies a nearly half-acre lot in Cocoplum, and spans 5,756 sq. ft. Its exterior shows off an early-1980s contemporary-style blend of modern and traditional, with series clerestories distinguishing one side and a façade that mixes a low-slung roof with a pointed bit of angular embellishment.

Inside the two-story home, the living areas are designed around a central courtyard; a graceful fountain is positioned beneath the open-air roof, and accessible from the living and family rooms. Other highlights of the home include the kitchen, which has weathered the years very well, and the master suite, which incorporates a bath with a curved wall.

The outdoor living area puts the Cocoplum lifestyle in its most favorable light. It’s a secluded-feeling tropical idyll, and features a pool presided over by the master suite’s covered terrace.