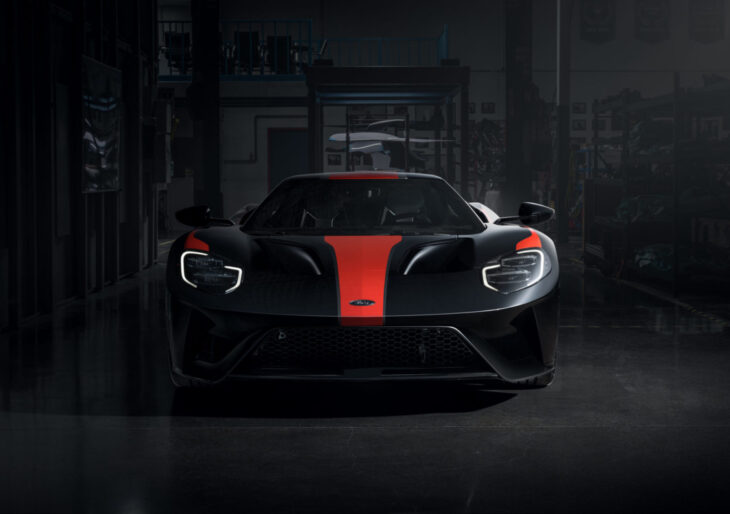 Last summer, Ford’s supercar, the GT, was in the news when the automaker revealed new, specialized cosmetic treatments available for upcoming examples. At the time, Ford focused attention on the then-new Heritage Edition, a short-lived package of visuals that accumulated into an idealized representation of the Ford that took honors at Daytona in 1966.

Also mentioned was the upcoming Studio Collection cosmetics package. Supercar lovers and GT owners-to-be had to wait another six months to have a look at the package’s graphics, but this week they were revealed at last.

Like the Heritage 66 GT, the composition of the Studio is the work of Ford in concert with Multimatic Mechanisms, a specialty firm out of Canada that produces parts and systems for automakers, and does more than a bit of engineering and building besides. Their work for GM includes the MultiPro Tailgate.

The GT Studio Collection’s first car has been given a coat of glossy black paint, and features brush-stroke racing stripes in blood red. The red-on-black scheme extends to the wheels, while orange accents up top add another layer of color.

Ford is planning to produce this first Studio Collection GT in a production run of 40 cars, with 20 allocated for this model year, and 20 for the next.