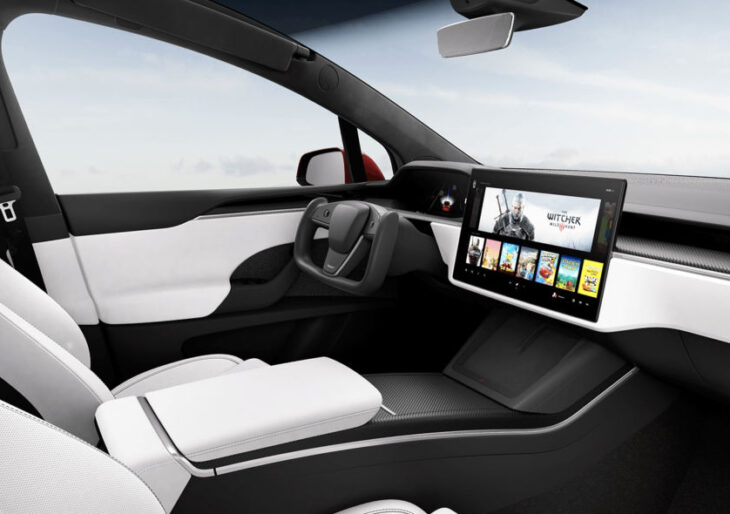 Hot on the heels of Tesla’s announcement of the Model S revision last week comes news that the new version of the Model X is on the way as well.

Unlike the new Model S, the updated X comes in two platform options: Long Range and Plaid. As the base price increases, the quickness and range of the X is adjusted to suit the desired context. As of now, the Tesla site has the Long Range X offering drivers 670 horsepower, a 3.8 second 0-60 time, and 360 miles of range, while the Plaid variation numbers come in at 1020, 2.5, and 340, respectively. Like the Model S, a Plaid+ version of the X might be in the wings, but probably not.

It goes without saying that the X has also received a battery architecture redesign. And the ‘yoke’ steering wheel, which has engendered a great deal of critical static—and more than a few pertinent questions—on the subject of controlling a car outfitted with the component under worst-case conditions is featured prominently in the representative interior shots. More germane to X tire-kickers is the fact that, per Tesla’s marketing fodder, the model offers the ‘most storage space and towing capacity of any electric SUV.’