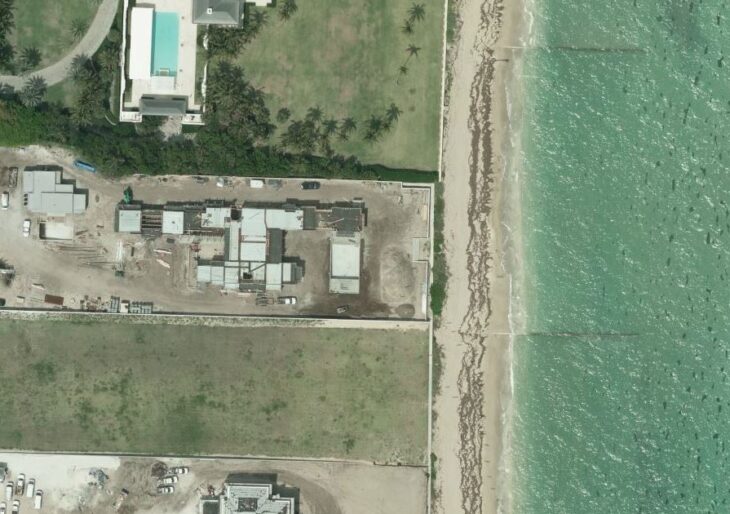 A new build in Palm Beach hit the market last month for $140 million and was purchased in short order by private equity wiz Scott Shleifer for $122.7 million. The property, which is one of the most expensive home ever sold in the U.S., was built on a piece of land that had once been owned by President Donald Trump.

According to Bloomberg, Trump picked up the six-acre parcel at a 2004 bankruptcy auction for about $41 million, ultimately selling it about four years later to billionaire Dmitry Rybolovlev for $95 million. Rybolovlev subsequently subdivided the property into three lots; they fetched a total of $108 million.

The house thus stands on two acres of the original lot, and was built on spec by a developer. It is designed in the modern style, and features 21,000 sq. ft. of interior living space. It contains nine bedrooms.

The home was offered as a turnkey lifestyle opportunity, for which there is a considerable market. Part and parcel of the sale were artworks, furniture, and decorative bric-a-brac. Extraordinary amenities include a beauty salon.

Shleifer is a partner at Tiger Global Management, where he manages private equity investing, a practice he cofounded at the firm. He made the top 50 of Forbes’ Midas List in 2020.