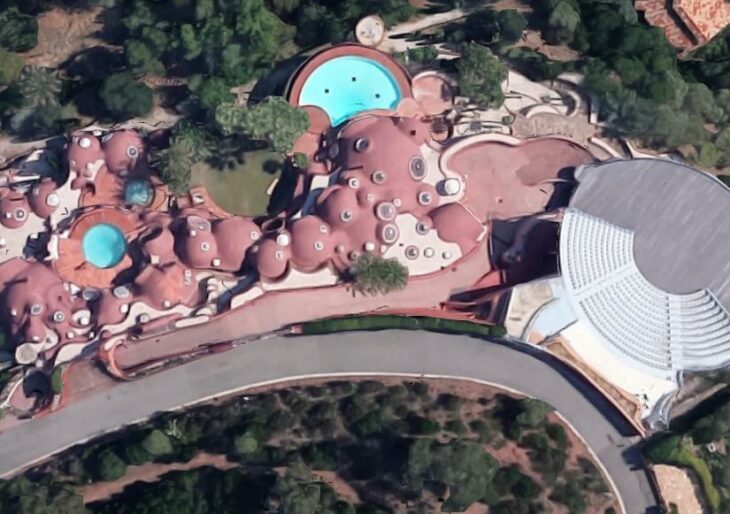 Pierre Cardin’s $400M ‘Bubble Palace’ in France Up for Sale

House-hunting in the Cannes, France, area and find modern linearity staid, or downright stolid? Then you may want to take a tour of Pierre Cardin’s 1970s fantasy of a mansion: Palais Bulles, the ‘Bubble Palace’ that the late fashion czar owned for the past three decades. The home is looking for a new owner, and first hit the market in 2017 for $420 million. The current price is available on request.

The residence was custom designed and constructed in the 1970s and 1980s for French industrial distributor Pierre Bernard. Cardin purchased it following Bernard’s death in 1991.

The style looks similar to more modest ‘bubbletecture’ homes in the U.S. that came about in the 1970s during the crest of surrealism and back-to-the-land pragmatism. Notable among them is the shotcrete Flintstone House in Hillsborough, California, which hit the open market most recently in 2014, and was relisted about two years later. Other examples went up in Pasadena and elsewhere, courtesy of famous California architect Wallace Neff; many have been razed.

The Palais Bulles is of course far more refined, although its structural fundamentals are essentially the same: a frame sprayed with concrete. It is the work of Hungarian-born, French transplant architect Antti Lovag; other Lovag projects include Maison Yvonne Murard, a project which was planned but never constructed. Lovag considered himself to be a ‘habitologist’, and he despised conventional architecture.

Each of the home’s ten bedrooms received a unique treatment at the hands of a different prominent designer of the era. Lines are graceful, but on the whole surprisingly less extravagant than one might expect. It is large, though; interiors measure in at a whisker less than 13,000 sq. ft. and the property’s living areas are distributed over six levels on a promontory setting overlooking Cannes and Nice.

To enhance its Mediterranean setting, there are many indoor/outdoor living spaces, as well as a series of swimming pools and water features amid the tropical and semi tropical plantings and lawns. There are over two acres of terraces and gardens to augment this extraordinary house. 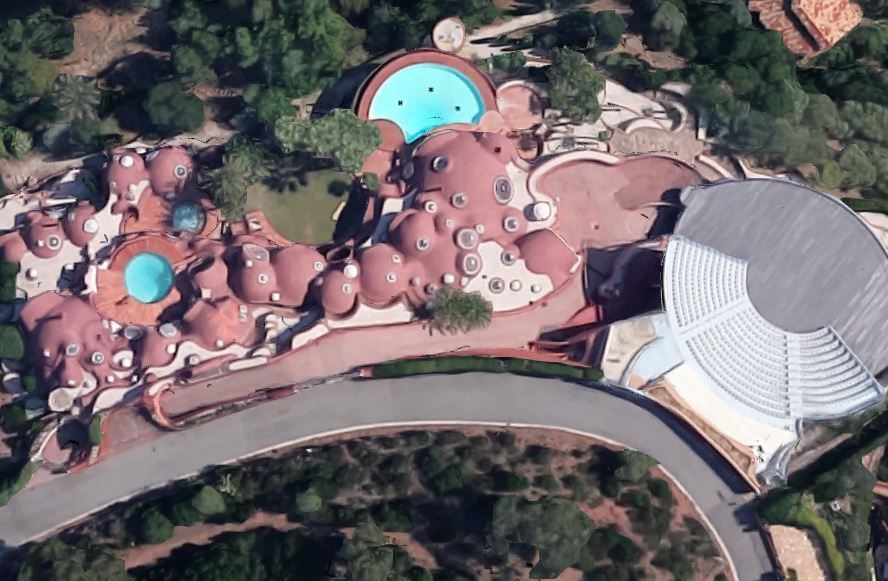