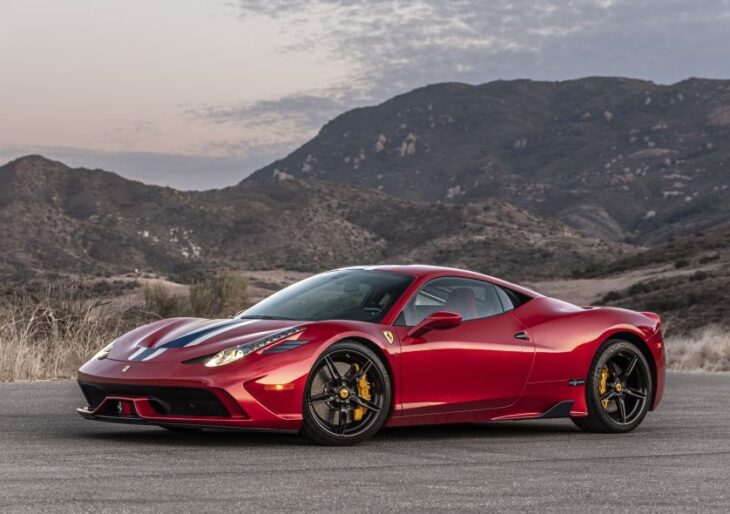 Auto-armoring specialist AddArmor has recently revealed a 458 Speciale variant that comes with bulletproofing. The ballistic treatment is, before you ask, quite lightweight.

The 458 Speciale is rated as B4-level resilience, which protects against handgun fire. That’s not nearly as stubborn as some of the tank-like armoring out there, but the object was to slow down the car as little as possible, if at all. Unlike the fully-armored SUVs we’ve seen, this car is designed to make a fast getaway, not withstand an extended barrage.

AddArmor reconciled the 150 pounds added by the bulletproofing treatment through adding carbon fiber components to drop pounds from the production build, and adding an exhaust system that flows more freely and adds available horsepower and torque. The beefed-up 458 can hit 60 in 2.8 seconds on its way to a 202-MPH top speed.

As for the armoring material itself, AddArmor likely considers it a trade secret—they’ll only say that its ten times as tough as ballistic steel, and considerably lighter.