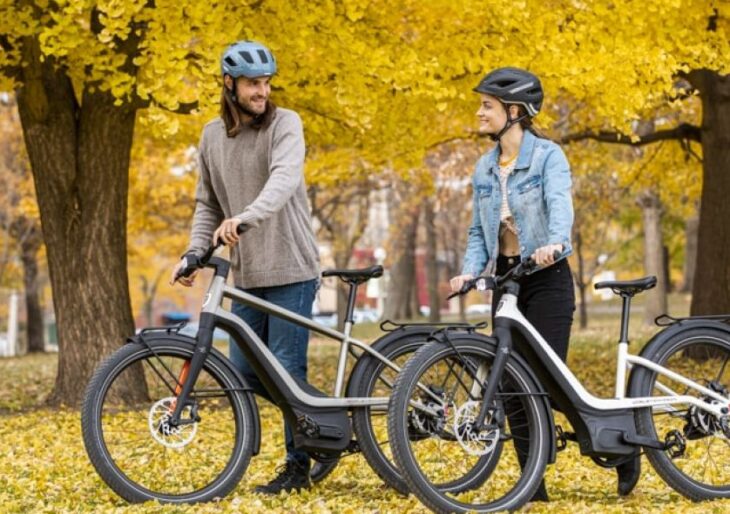 With $3.4K Serial 1, Harley-Davidson Proves It Is Pursuing All Electric Avenues

We recently had a look at the new direction for Harley-Davidson: the Serial 1 division, which specializes in electric bikes. The spinoff’s (no pun intended) opening salvo, the Serial 1 Cycle, was a halo item that neatly encapsulated Harley history, its forward-thinking present, and—as the company directors hope—its future as an e-bike giant.

The bike looked great—a fat-tire classic with a leather-and-two-tone scheme, and flyer design fundamentals—but Harley, or Serial 1, wasn’t talking final form, range or specs when the bike was revealed about a month ago. It was just a halo that, for reasons of brand authenticity development, echoed the first Harley-Davidson, and linked Serial 1 with its parent company’s depth and persona in a defined manner. A final production form hadn’t been decided upon.

Now the company is revealing a series of four working drafts for near-future production. The bikes are dramatically different in shape and style; they now look far more contemporary.

Harley also revealed technical specifics, and they look competitive. The bikes come outfitted with a 250-watt motor that delivers 66 pound-feet of torque. Serial 1 model batteries vary according to pricing structure, but the cheapest will give riders at least 35 miles of range—we presume that’s unassisted—and up to 105 if the rider is helping out. A 100% charge will sideline you for 4.75 hours.

Pricing is set to being at around $3.4K.