Last fall, Audi announced that the rear-wheel drive top-tier variant of the R8 would be available on an open-ended basis for U.S. buyers from 2021 onward. Cheering news for enthusiasts desiring to discover what the V10-equipped high-performance car could do on a quiet, winding road; the R8 Rear Wheel Series had been tantalizingly unveiled in 2017, produced as a 999-example run, and then discontinued.

To usher in the purist’s option and raise awareness of its presence in the marketplace, Audi has come up with a limited-edition version to act as the variant’s U.S. ambassador. It’s called the Panther.

The car is black, of course, but Audi came up with a shade of moonless night that glitters heavenly by infusing the paint with tiny bits of crystal. Nifty. And, the car receives red accents and trim, building a classically dramatic automotive color scheme.

The R8 Panther is a coupe. It comes outfitted with 20-inch rims, instead of the standard 19-inch units. The V10 delivers 532 horsepower and 398 pound-feet of torque, just like the regular production model; hitting 60 takes 3.6 seconds. The car receives the Sport exhaust system, and the standard 7-speed automatic gearbox, with no manual available. The interior is sheathed in black leather with red seats. 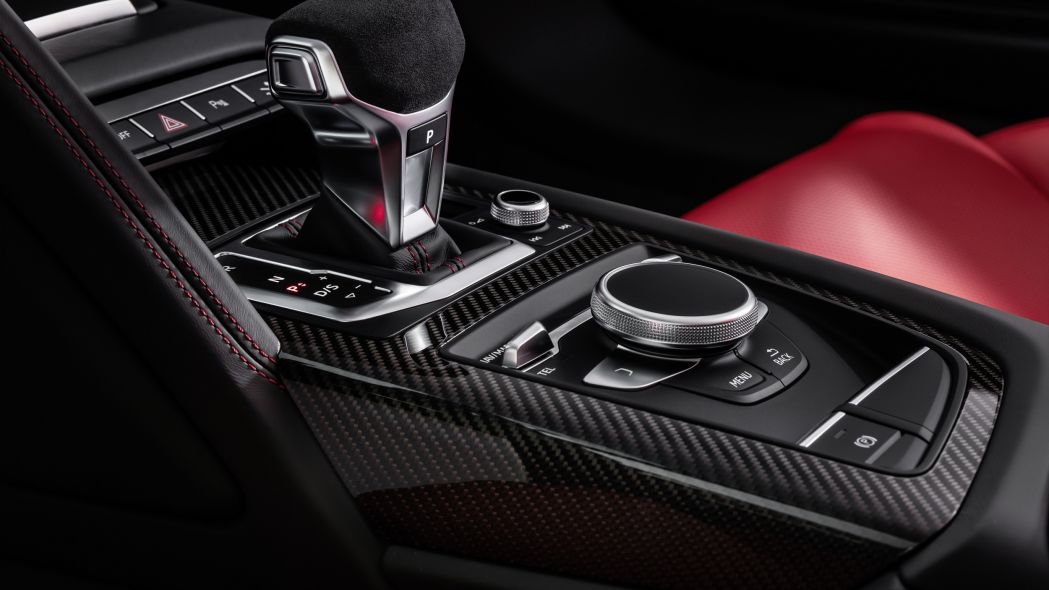