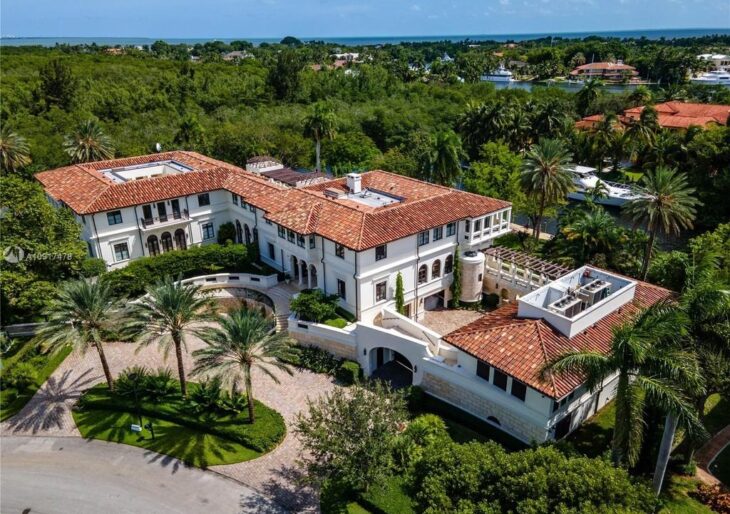 In the summer of 2018, singer and actor Marc Anthony purchased this Mediterranean-style mansion in Coral Gables, Florida. This month finds the estate back on the market with a $27 million asking price.

The 2016-built house is situated in the gated Islands of Cocoplum neighborhood; the lot features 480’ of frontage on the Coral Gables Waterway. Its interior living areas measure a whit less than 17,000 sq. ft.

It appears that renovations conducted during Anthony’s tenure of ownership were few and far between. The home was designed with a keen eye for understated style, however, and retains the grand-scale charm that distinguished it the last time we had a look at it.

Standout spaces include the kitchen, which is trimmed in dark-stained hardwood, and feature an abundant stretch of counter space, and two islands, one of which is dedicated as a breakfast and snack bar. Other highlights include the living room—which is bordered by a colonnade hallway—and the master suite, which features a private sitting area with a fireplace and a massive bath with a standalone soaking tub.

The outdoor living areas can easily put the kitchen to work prepping a catered event. A large loggia, patio space around the pool, and a large courtyard with a spa help to occupy the 1.4 acres of grounds surrounding this tasteful newer mansion.