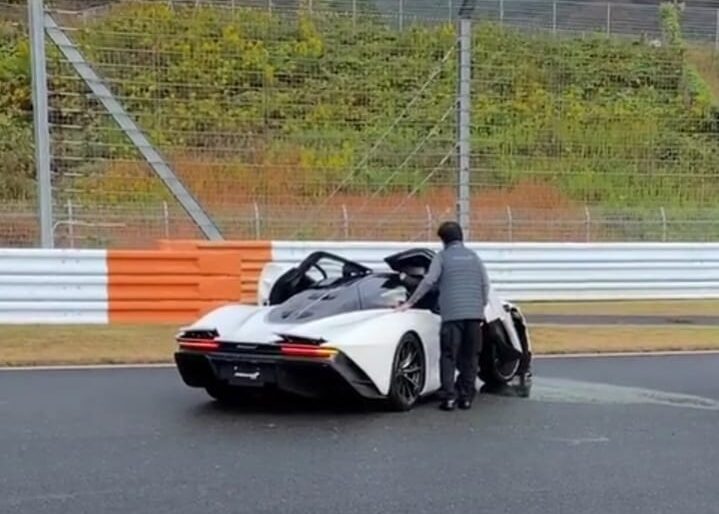 Driver Crashes His McLaren Speedtail on Track, Continues Racing Fun in His Senna

An amateur track driver with at least two McLarens had a busy day at Fuji Speedway in Japan. The driver damaged his Speedtail. But continued in his Senna.

The conditions at the track had been slick; damp weather mixed with cold tires. The Speedtail reportedly suffered considerable damage, having collided with a crash wall.

However, the driver soldiered on in his backup: a McLaren Senna. The Senna was unveiled in Japan in the spring of 2018, and apparently made an impression.

The Speedtail is a recent, limited-production McLaren model that was inspired by the F1 race car, which was built in 1993. A strikingly beautiful model, the $3 million hypercar features active aero using flexible carbon fiber, and a 1,350 horsepower hybrid powertrain. The Senna is no less of a hypercar, with a price of entry around $1 million.