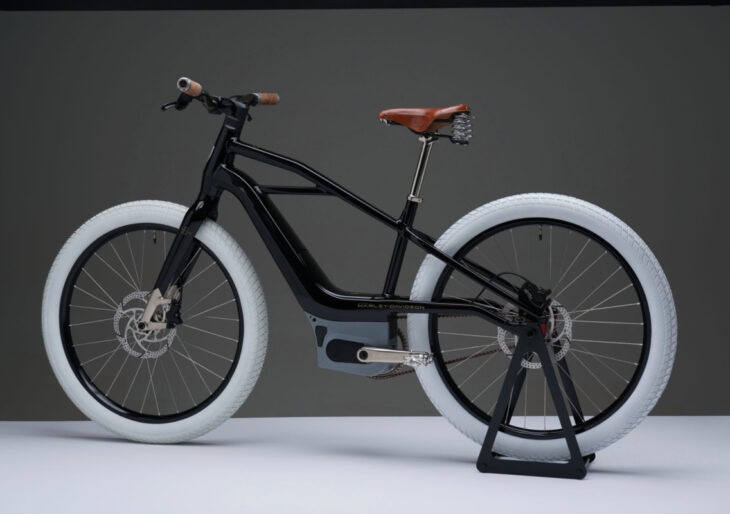 After years of hints and teasers, the first Harley-Davidson electrically assisted bicycle has arrived.

We were introduced to the LiveWire electric motorcycle back in 2014, but the much-anticipated e-bicycle has been years in the making. It’s also been clearly years in the designing, and the strategizing too. In spinning off a specialty brand dedicated to e-bicycles, the company had to decide how to approach their brand identity.

The first model from the company that is called Serial 1 Cycle; the model is the Serial 1, as in the initial serial number of the Harley adventure, a prototype from 1903. The approach is staunchly, even devoutly nostalgic, at least as far as looks are concerned—a fat-tire bike with a classic leather saddle. Black frame, white rubber, simple badging.

It, too, is a prototype, at least for now, so at present Serial 1 Cycles isn’t talking range, power, or other specs. But we hope they stick with the basics as outlined in the photos below.