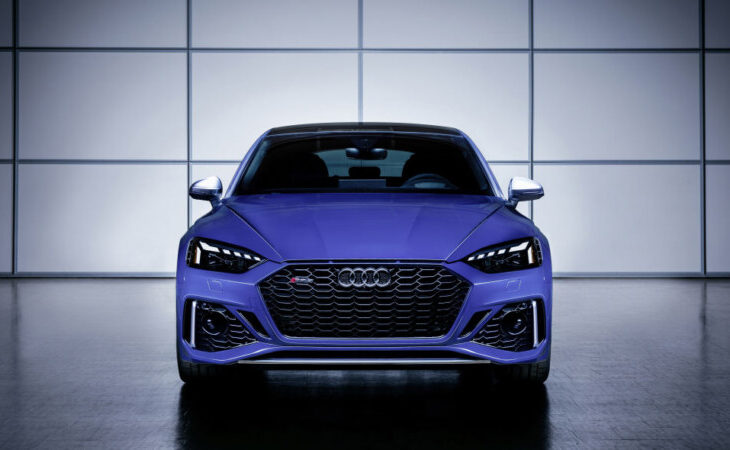 To put a little extra dazzle into the reveal of the 2021 RS 5 siblings—and hopefully create a minor stir at dealerships as the prodigal duo returns after a yearlong hiatus—Audi has announced that both the Coupe and Sportback variants of the model will be initially offered in launch-specific limited editions.

To spearhead the 2021 reappearance, both Coupe and Sportback RS 5 will come in two schemes, one based around Audi’s ‘Ascari’ blue and the second receiving Audi’s dramatic ‘Black Optic’ treatment. Both are performance-oriented as well as cosmetically themed special editions.

The Ascari blue versions of the special editions are undeniably attractive, as the particular shade that Audi has developed slots nicely in the space between cobalt and royal blue. Audi’s designers follow through on the blue theme with contrasting blue calipers, and a suite of the automaker’s optional RS performance extras—including sport suspension—are featured on the edition. Inside, a sport wheel sheathed in Alcantara, and aluminum and carbon fiber trim and accents, enhance the cabin feel.

The Black Optic versions of the RS 5 variants come with glossy black exterior components, including 20” wheels, and also a bevy of RS options. You don’t have to drive a murdered-out car if you don’t want to, though; Audi is offering this edition of the pair in white, gray, and red, as well as black.

Audi hasn’t discussed delivery times as of yet. Pricing has been announced, though, and the special editions begin at ~$88K.