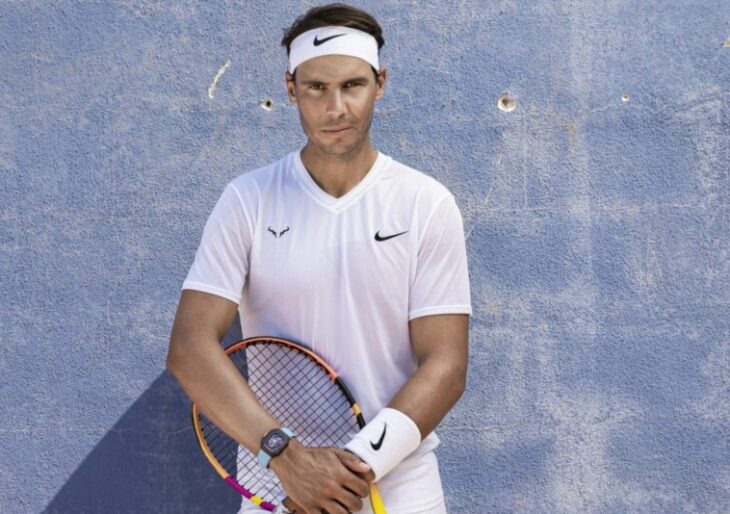 Swiss watchmaker Richard Mille teamed up with tennis pro Rafael Nadal once again this year to develop a special watch for the tennis crowd—and anyone else who appreciates fine timepieces.

The model, which marks the 10th anniversary of Mille and Nadal’s partnership, is called the RM 27-04 Tourbillon Rafael Nadal. It picks up where the RM 27-03 Rafael Nadal left off, and it is designed for a very active lifestyle indeed.

Like its progenitor, the new RM Nadal is incredibly lightweight, tipping the scales at just 30 grams. But the watch is also remarkably tough; the casing is fabricated from TitaCarb, a polymer/carbon hybrid material developed by the house of Mille.

The RM 27-04 Tourbillon Rafael Nadal can take 12,000 Gs, which is all in a day’s work for a professional tennis player. Only 50 will be produced, at about a million a whack.