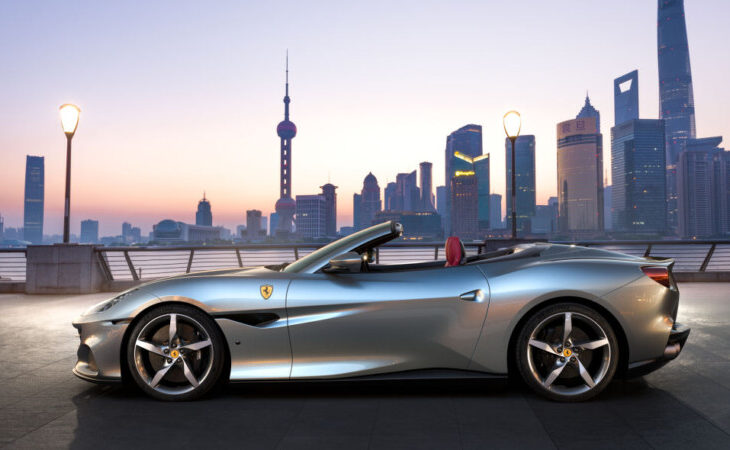 The Ferrari Portofino is easy to like. The car’s lines are very literate, as it encompasses Ferrari history while advancing roadster design language.

The Portofino was unveiled about three years ago now, though, and Ferrari decided to give it a bit of a dusting. The result is the Portofino M—M for Modificata. Changes in store for the 2021 model year do not trifle with the car’s gloriously contemporary sense of traditionalism, though, so tweaks are largely concerned with power and performance.

The 3.9L V8 biturbo descended from the California T remains intact, but its top power delivery has been boosted to 612 horsepower from the outgoing version’s 592. That’s something of a token increase, but certainly not unwelcome. At 560 pound-feet, the torque rating remains the same.

The most interesting feature of the Portofino M may be the new gearbox. An eight-speed dual-clutch unit replaces the former version’s seven-speed. Ferrari tells us that the new transmission delivers smoother shifting and a faster response time.

Other changes in store for the Portofino include a new exhaust system. The particulate filter included in the design doesn’t slow anything down, however, and in fact Ferrari states that backpressure has dropped in the new Portofino.

Additional changes and additions include a new preset driving mode—Race—which should satisfy those for whom ‘Sport’ feels anemic as a sunny weekend afternoon diversion, as well as driver assistance features including traffic sign recognition and forward collision warning.

Look for the 2021 Portofino M in dealerships midway through next year. Pricing for the U.S. has not yet been announced, though it should be just a bit higher than that of the 2020 Portofino, which started at $215,000.