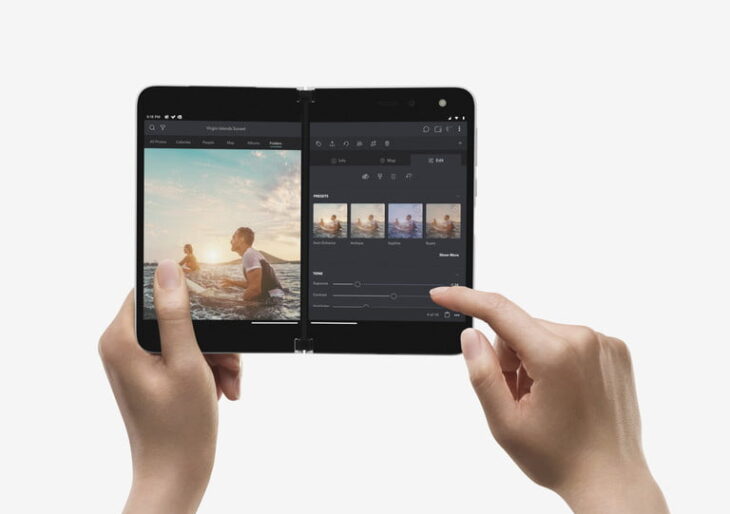 Burned badly by a sour deal that found them acquiring Nokia and quickly losing over ten billion dollars in the middle of the last decade, Microsoft had all but given up the smartphone market to specialists Apple and Samsung.

But you can’t keep a tech giant down for long once they’ve targeted a new business interest, and Microsoft is back in 2020 with a new smartphone designed under the auspices of an apparent credo: two screens are better than one.

Microsoft calls the model the Surface Duo, aligning it with their laptop lineup in sensibility and materials too, and giving it a design tweak that differentiates it from, say, the Galaxy Fold—which it also undercuts by about $500 in the marketplace—by connecting the screens with a versatile hinge. Pens may be used, and colors are, according to Microsoft, incredibly vibrant.

The two screens are 5.6” each; when connected, the Surface Duo’s screen resolution checks in at 2,700 by 1,800. That feature bests the Galaxy Fold, too. The ball is in Samsung’s court, apparently, and more quickly than anticipated, because Microsoft is getting the Surface Duo delivered in time for the holiday shopping season.

An 11-megapixel camera, a host of photography features, a Snapdragon 855 processor, and over 15 hours of video playback on a fully-charged battery are other features of this top-tier smartphone.