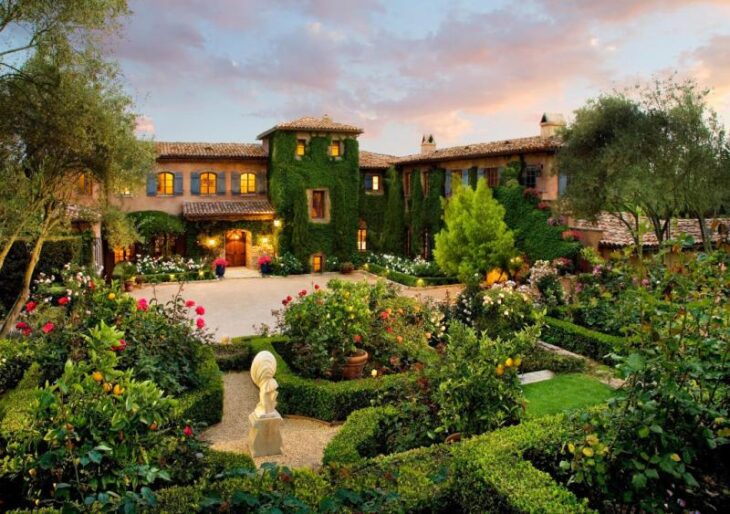 After a considerable spell of house-hunting and an extended stay at Tyler Perry’s Beverly Hills mansion, it appears that Meghan Markle and Prince Harry have settled on a spot in Southern California. The home in Santa Barbara County is a 2003-built Tuscan-inspired mansion with interiors that span more than 18,500 square feet. The transaction took place in mid-June, and amounted to $14.65 million. The seller, Russian entrepreneur Sergey Grishin, paid $25 million for the property back in 2009. He had tried to sell it over the years for up to $35 million.

The property charms as readily as any $15 million corner of Montecito should; the ‘Montecito Style’ is particularly intoxicating in this example, with an evocative exterior of vine-covered stone and Mediterranean architectural elements, a motor court that is accessible via a lantern-illuminated porte-cochère, and landscaping that is deliriously romantic.

The home is beguilingly warm inside as well. Exposed beams, plank hardwood, carved stone, rusticated stone, exposed trussing, built-in bookcases, casement windows, the softness of stucco and the grace of soft arches are a few of the design elements at work. The master bedroom is particularly enticing, with windows revealing bucolic views, a French-style fireplace, and lantern sconces. Amenities in the home include a gym, an elevator, a billiards room, a swimming pool, a sauna, a tennis court, and a two-and-two guest house.

The property extends to a whopping 7.38 acres—a substantial slice of Montecito. The gardens are just wild enough to joyously lose an occasional afternoon, and framed by a privacy border of mature trees, including pines and cypresses; a gazebo that is splendidly losing a battle with flowering vines is nearly a naturalist art installation, a pleasing surprise that brings rococo garden design to mind, but the pergola-covered terrace that takes in one of the prettiest landscapes in the country might be the blue ribbon-winner among this property’s meandering grounds.

Markle’s no stranger to Southern California; her former L.A. home surfaced on the market for $1.8 million. Her former rental in Toronto attracted a fair but of attention when it was listed as well. 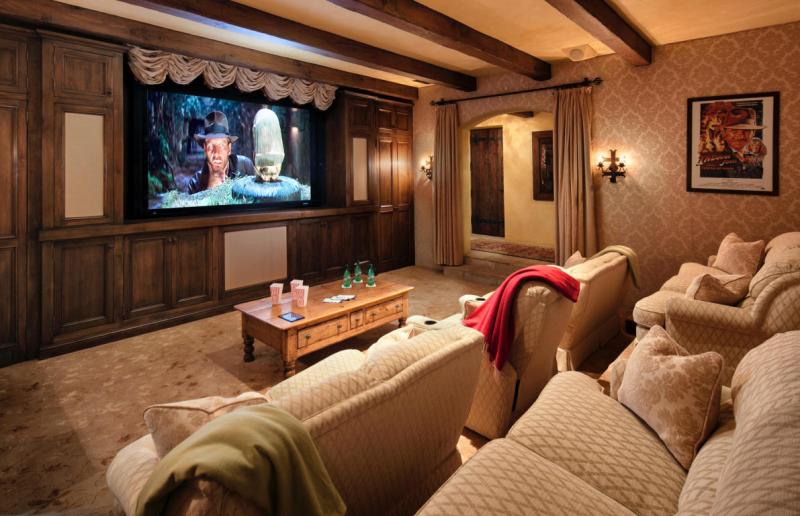