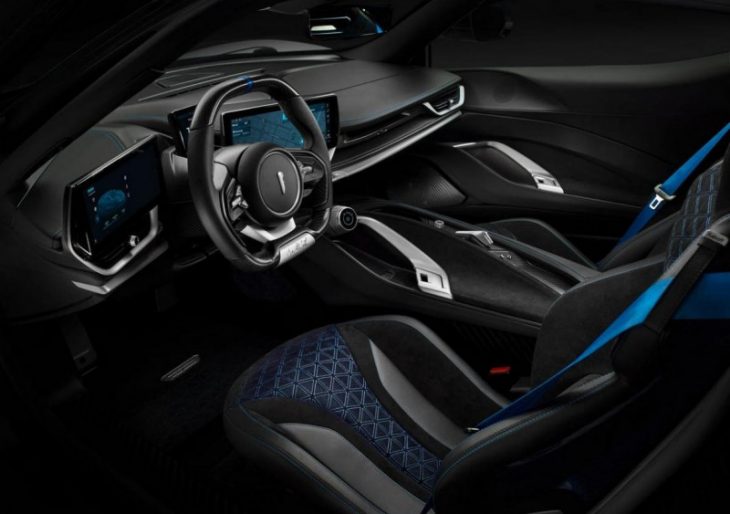 A little over a year ago, we covered the first hypercar by venerable Italian coachbuilder Pininfarina: the Battista.

The zero-emissions car was revealed at the Geneva Auto Show, garnering attention for its design language as well as its astonishing EV launch speed—less than two seconds to 60—and Pininfarina’s claim that the model could theoretically beat an F-16 to 180 miles per hour.

Pininfarina has apparently been putting the final touches on the car before production begins. New details to emerge about the model include its sound system, which is made by English firm Naim, a name well-known to anyone interested in high-end audio.

Lamborghini is another exotic carmaker who sources sound reproduction hardware from Naim. But the Battista sports an unusually fine setup: a custom system designed for the car’s cabin. It is powered by 1,300 watts of amplification; the sound is broadcast via a ten-speaker array, with each strategically situated to enhance the overall sound.