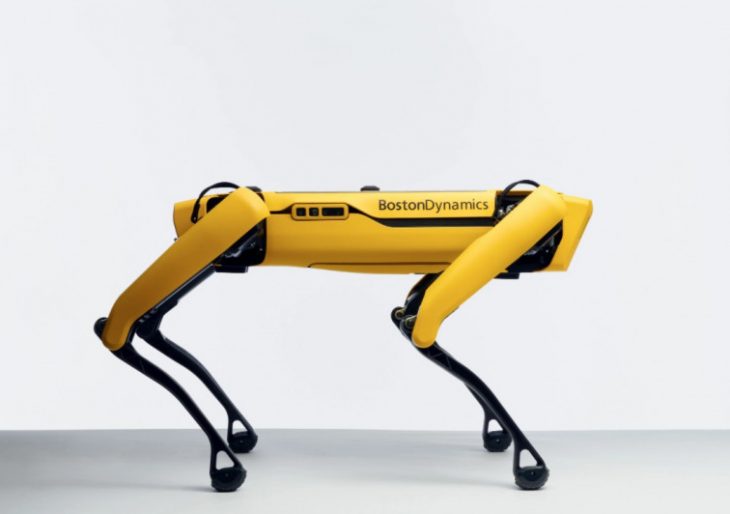 For $75K, Boston Dynamics’ Dog-Like Robot Will Be Your New Best Friend

One look at this robotic dog might cause you to ask: does it bark in ones and zeros? And will it leave little batteries all over the carpet like Rags, the cyber-mutt from Woody Allen’s sci-fi satire Sleeper?

But the quips end there. The applications for the smart, capable robot are seemingly endless.

The sophisticated ’bot is called Spot, and it is designed and built by specialty tech firm Boston Dynamics. In truth, it only bears a passing resemblance to man’s best friend; it looks more like a cybernetic abstraction of a pooch. It’s powered by a single battery that gives it about 90 minutes of action.

The $75K robot has been a workhorse up until now, showing its loyalty in various hard labor contexts. It can be operated by remote, and features 360° vision. It avoids obstacles, and can be programmed for repetitive routes or missions. It’s remarkably tough and, because it’s designed with legs rather than wheels, quite versatile, handling large payloads, monitoring and inspecting operations across diverse terrain, and even operating in performance art.

But you could take it for a walk if you really wanted to.