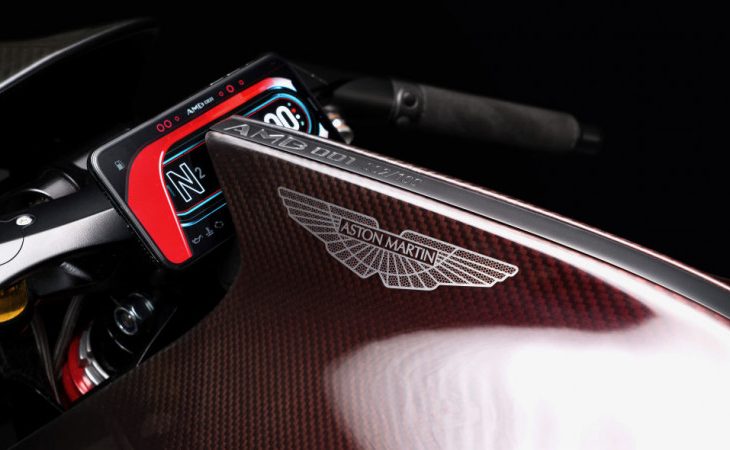 For most folks, Aston Martin might’ve been the most surprising attendee of last year’s EICMA show. The legendary British automaker’s reps weren’t there to browse the innovations and additions to two-wheeled designs, though. They’d come with a concept prototype of a bike of their own: the AMB 001.

The AMB 001 presents lovers of racing ’cycles with a distinctly Aston option. The bike sports the fluid lines of Aston’s sensibilities, as well as a performance and design foundation from a venerable collaborator: Brough Superior. Brough Superior arguably made the most perfect motorcycles of the tween-war era, building just 3000 examples between 1919 and 1940.

Aston’s AMB 001 is, then, reason for celebration, and not only among those who prefer two wheels to four, all things considered. For well-heeled weekend riders and collectors too, the recent news that Aston has begun pre-production testing of the model will come as news most welcome. The model is scheduled to enter production in the fall, with deliveries beginning around the end of the year.

You’ll have to get your order in early, though, as Aston will build just 100 examples of the bike, and it will almost certainly vanish as a buying option almost as quickly as it appears.