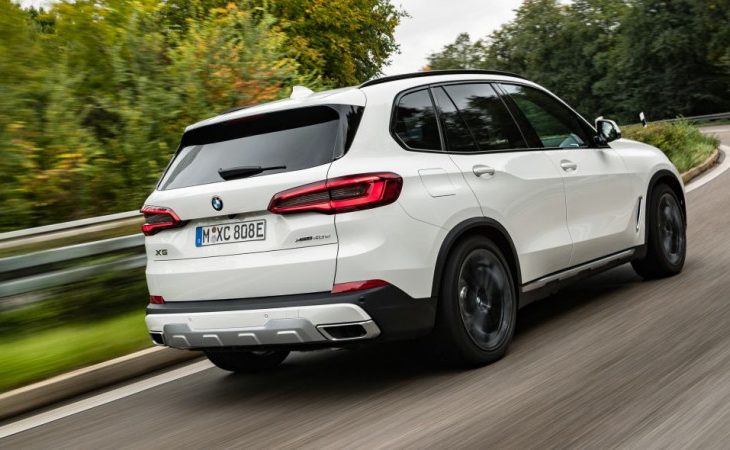 BMW’s gradual addition of hybrid model options continues this spring with the appearance of an X5 PHEV, the xDrive45e.

SUVs continue to appeal to U.S. buyers, who are also somewhat reticent about going EV; the secret is to highlight a PHESUV model variant’s additional power, and its capability as an all-electric commuter.

The xDrive45e comes off strongly on both counts. Its all-electric range is 30 miles—a vast improvement over the previous generation’s 14 miles—and with plug-in stations becoming less of an absolute rarity at professional offices, that means a driver with a 60-mile round-trip commute can go without the ICE altogether during the mundane Monday to Friday repetition when the Electric-only mode is engaged.

For those who want their fossil-fuel burner with an extra oomph, the xDrive45e offers a total of 389 horsepower with gas and lithium ion battery delivering their respective good simultaneously; drivers with a penchant for a workaday thrill can certainly get it with this performance-oriented vehicle when the Sport mode is engaged. And BMW actually bumped up the size and power of the engine in the X5 PHEV, adding two cylinders and boosting displacement by a full fifty percent; the vehicle now comes with a 3.0L straight six. Available torque checks in at 411 pound-feet, enough to haul over three and a half tons. It’s worth noting that horsepower and torque figures are up 81 and 109 over the previous generation, respectively, and that’s no small feat.

Onboard tech includes twin 12.3” screens, one for the digital instrument array and the other for infotainment. Apple CarPlay is offered, as well as Android Auto.

The xDrive45e comes with a base sticker price a little bit north of $65K.