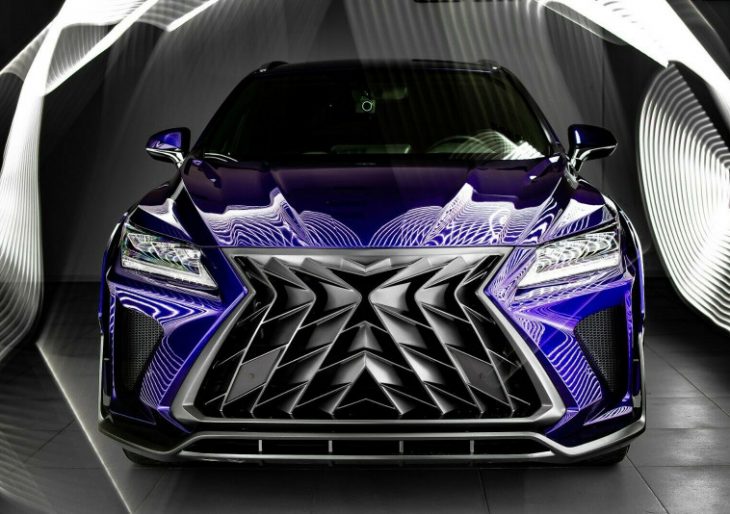 Although their most compelling transformative act might be the terrifying transmogrification from Mercedes into Wolf—a lycanizing tuning job, if you will, the potent light of the full moon not required—the wide body kits for the Lexus NX and RX from SCL Global are tied for a close second place.

Most astounding is the fact that the kit designs begin from a radical standpoint that finds the existing Lexus grilles to be somewhat understated. The result from SCL is a freakishly eye-catching, slightly mesmerizing addition to the models; remember the B-grade undersea horror films of the 80s and 90s that followed in the blockbuster wake of Cameron’s The Abyss? Probably not. Suffice it thusly: enter unfathomable monster, installed on Japanese luxury SUV. You want to look away, but you can’t.

The NX package is called Kotaro, the RX Goemon. Both kits are comprised of fiberglass components. Aside from the grille, you also get bumpers, a hood, wheel arch extensions, skirts, and spoilers. The material isn’t old-fashioned fiberglass; it can withstand temps to 120°, and is ‘maximum strength’, according to the website, although how they’re quantifying or standardizing maximum strength is not declared.