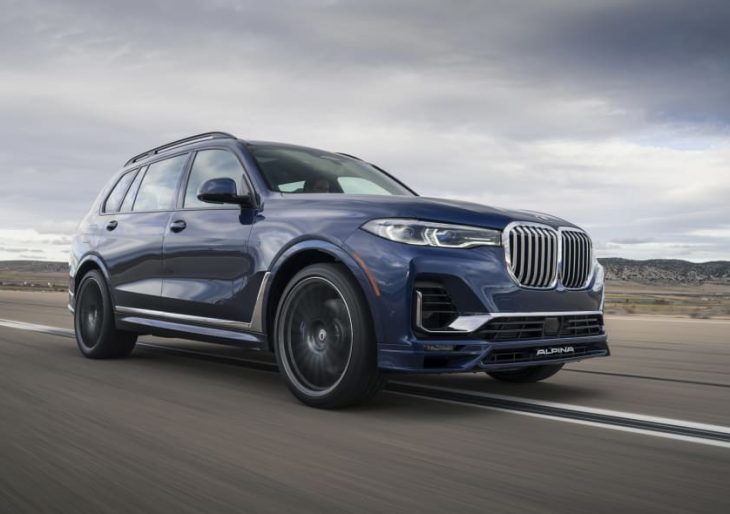 BMW’s relationship with Bavarian carmaker Alpina dates back nearly sixty years at this point, with the partnership between the two firms producing some of the most appealing luxury-performance custom cars in the European market. Alpina versions of BMWs are true hand-made luxury performance cars, which makes the firm’s XB7 an SUV with additional power and a hand-made aesthetic.

Which, in turn, makes it a natural for the U.S. market, although it’s the first Alpina SUV to make it across the pond. Whether that’s BMW’s control of an unadulterated market share in this SUV-loving land of ours, or whether it has more to do with Alpina’s rather studious, retiring brand persona is unknown.

The upshot is that the attractive and very potent sport-utility will soon be available at U.S. BMW dealerships. It boasts a roughly 18% power boost over the X7 that is its foundation, making it an SUV that can do the 0-60 dash in four seconds flat. It can also hit 180 MPH before its tweaked 4.4L V8 BMW engine is topped out. Alpina components added include a custom exhaust, a tweaked suspension, lower clearance, and the paddle-shift automatic gearbox Alpina is famous for among lovers of European luxury-performance cars.

Inside the cabin, Alpina has given the XB7 its characteristically plush treatment, with a Swarovski iDrive knob, Alcantara headliner, and a new instrument layout. Driver assistance features include the BMW Parking Assistant that’s otherwise optional on the X7, among others.