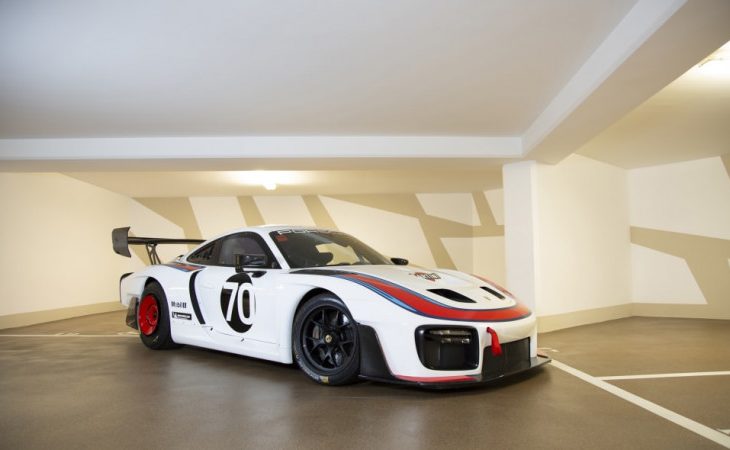 In May of last year, we had a look at the revival of the Porsche 935 Clubsport model. The $780K, 700-horsepower 935 arrived having raised considerable expectations among Porsche racing fans and collectors, sporting seven available liveries—each one referencing a particularly triumphant chapter in Porsche racing history—as well as a huge fixed wing on a 911 GT2 RS foundation.

Only 77 935 models were planned for production. One of them is headed to auction at RM Sotheby’s this spring. It features the Martini Racing livery of the 1970s, and a wood gearshift handle to boot. The inspiration is the ‘Moby Dick’ Clubsport from 1978.

Like the 911 GT2 RS, the 935 is outfitted with a six-cylinder 3.8L biturbo. The track-only model’s interior is built for racing, with a carbon fiber wheel and instrument cluster borrowed from another racing model, the 2019 911 GT3 R, as well as a racing seat and harness.

RM Sotheby’s expects this 935 Clubsport to sell for around $1.5 million when the auction closes on June 11.