2021 Porsche 911 Targa Joins Coupe and Cabriolet Models, Borrows the Best From Both

Porsche rolled out the 2021 911 Targa variants this week in a socially distanced reveal during what would otherwise be the Beijing Motor Show. The unveil followed the 2021 911 Turbo S virtual reveal at what should’ve been the Geneva Motor Show by about two months on the dot, and fills out the 911 offerings a bit more for the next model year with Targa 4 and 4S options.

The Targa top remains pushbutton retractable; not a surprise, but the Porsche press release gives us a little detailed information on the mechanism: it can be opened or closed in 19 seconds, and is designed around—quoting from the PR—‘two flat magnesium elements.’ The Targa bar is standard in silver, and retains its Targa designation on both driver and passenger sides as it has since the model was formally introduced by name in 1965.

The interior continues to reflect the smooth, rounded lines of the body exterior; 70s style remains hot, and Porsche elected to inflect the style according to the ‘Me Decade.’ More contemporary features include the 10.9” screen and PCM system with navigation and Connect Plus.

The Porsche Active Suspension Management and Porsche Traction Management systems come standard on the 2021 Targas, and the models can be ordered with a manual gearbox. And, power rating? It’s been boosted, of course, albeit nominally. The 911 Targa 4’s boxer engine produces up to 379 horsepower and 331 pound-feet of torque; the 4S’s engine is tweaked to deliver 443 hp and 390 lb-ft. The 4S receives the largest power improvement by percentage—the new numbers are about 5% ahead of the last model year. 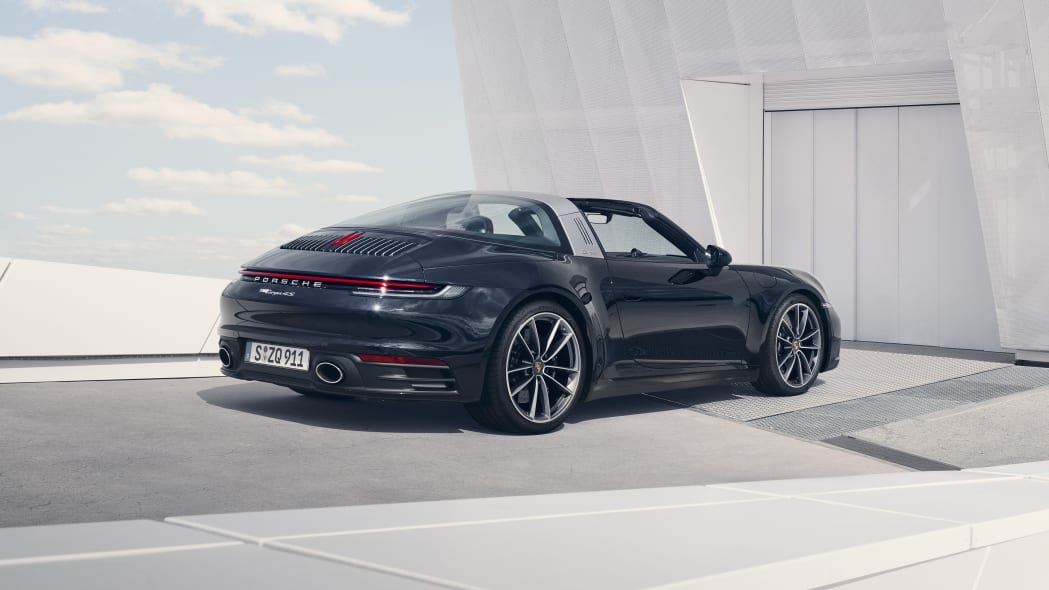