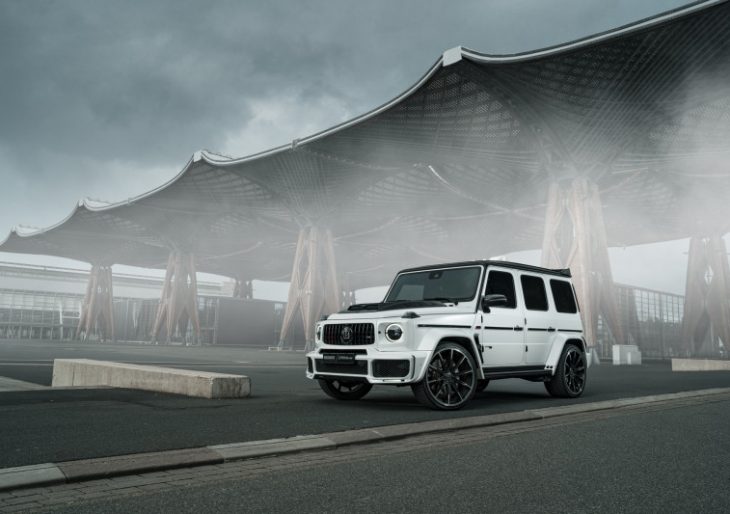 This Mercedes-AMG G63 Received Special Attention From Brabus and Fostla

Brabus’ Widestar kit for the Mercedes-AMG G63 has become something of a contemporary benchmark for tuning the wonderfully stodgy, upscale, off-road-ready model. But this particular G63 had two tuning appointments to keep before it was fully fleshed out.

Brabus did give this G63 their 700 Widestar package, including the broad flared fenders—adding 24” rims as well—the bumpers, and the bonnet. The tuning team also tweaked the drivetrain, resulting in a 113 horsepower boost to the production version’s rating of 577, and boosting the torque by 74 pound-feet to an incredible 701. Custom Brabus brakes give the SUV the stopping power to compensate.

The interiors look characteristically urbane following a Brabus treatment, with lots of Alcantara and carbon fiber. What makes this Widestar G63 most unusual, though? A starfield ceiling liner added by the team at fellow German tuning firm Fostla, who also dropped the clearance of the G63, making it definitively a highway machine. 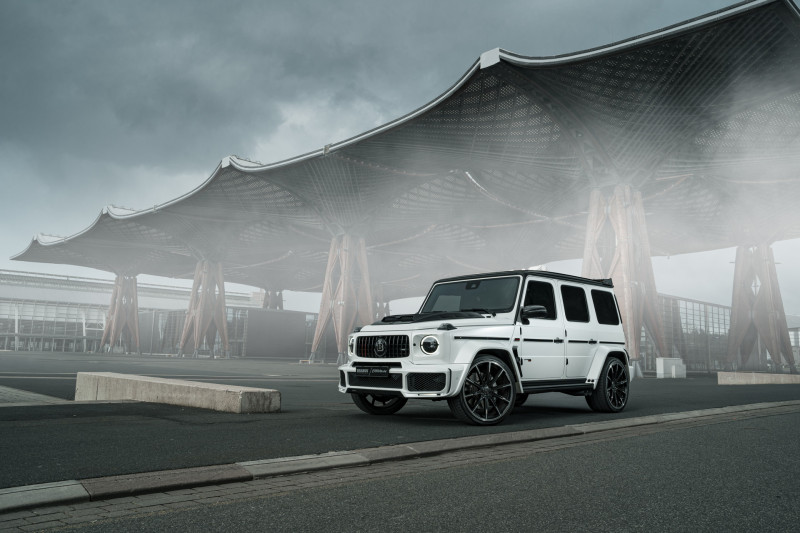 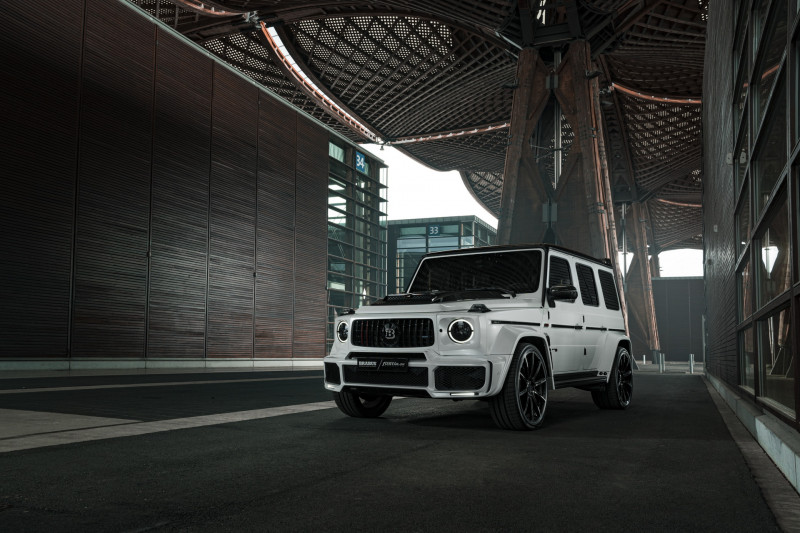