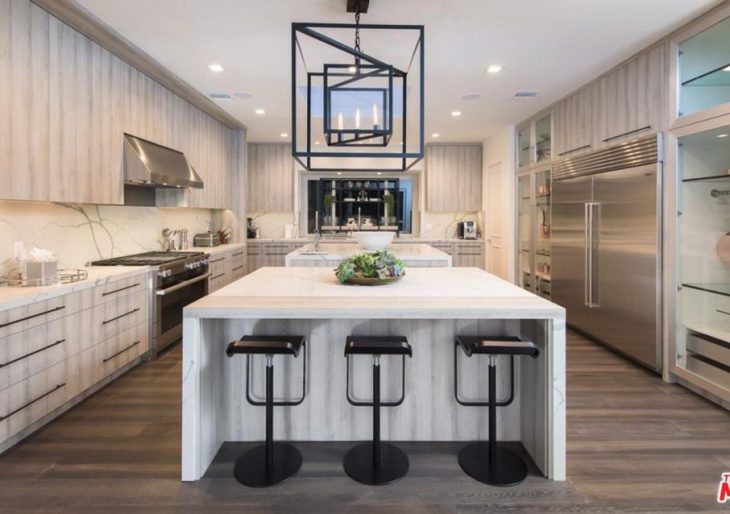 With hockey-playing husband P.K. Subban going to work in New Jersey, the most recent fall and winter found ski champion Lindsey Vonn selling her picturesque Vail retreat and a Los Angeles dwelling too, and focusing on establishing a home base in the Garden State.

Come the spring, and the couple is back on the West Coast, signing on the dotted line and handing over $6.75 million to take ownership of a modern villa in the Los Angeles area.

From a distance, the property looks like an album cover for a recording of Respighi’s second tone poem, if one imagines the palms as pines, and the hills those of Rome and not Beverly. The nearly flat-roofed 5,564 square-footer was built in the late 1950s, and features a façade dominated by a prominent quartet of pilasters that indicate entry.

The home’s single-level design allows for luxuriously high ceilings, and a heady sense of space prevails as a result. A recent renovation has brought the interiors in line with contemporary tastes, mixing styles of the 21st century and the ancient world for a postmodern living style. Ornamental columns, tray ceilings, rectangular sinks, waterfall vanities and kitchen islands, strident lines and geometric evocation, skylights, a judicious bit of LED backlighting here and there, a quasi-deco wet bar, and nicely contrasted hardwood—probably walnut—and stone tile floors are a few of the details and materials on show.

The half-acre of grounds includes a pergola-covered patio and a pool and spa, but favors lawn to larger stretches of stone or concrete for outdoor lounging.