A couple of weeks ago, Porsche announced it was sending a 911 Speedster to the auction block to benefit the COVID-19 Community Response and Recovery Fund, a United Way charitable project.

The car was auctioned at RM Sotheby’s this week, and sold to the high bidder for $550K.

The special drop-top—the last 911 Speedster to roll out of the factory—was given a historical treatment by Porsche before leaving the factory. It was painted in GT Silver Metallic, and featured Porsche’s Heritage Design Package.

The 911 Speedster was auctioned with a private tour of Porsche’s production facility in Weissach; while there, the winning bidder will be invited to take a few spirited laps around the test track. A Porsche Design chronograph watch with a strap in the same cognac-colored leather used for the car’s upholstery was also included. 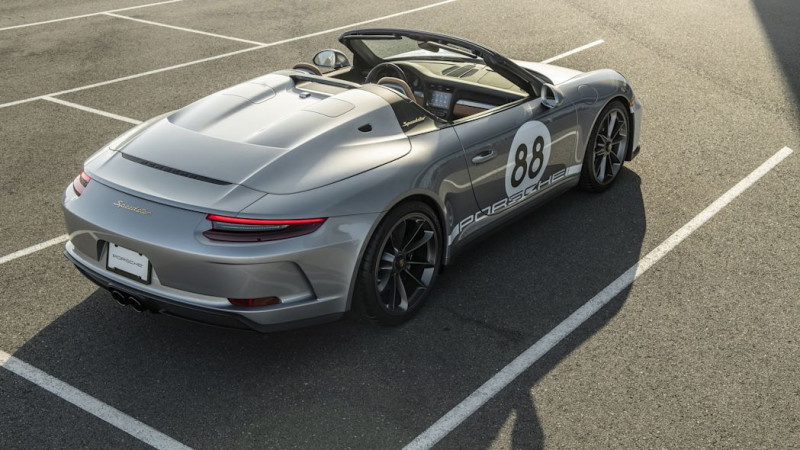