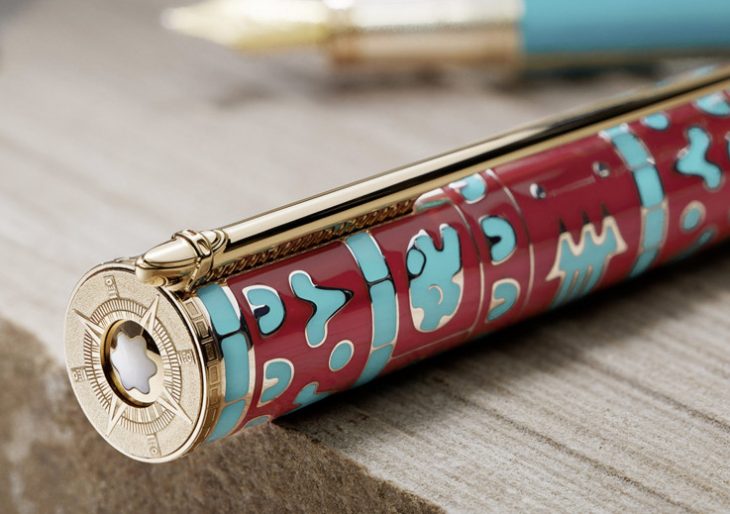 Montblanc’s annual Patron of Art collection entry is, for this year, an homage to Aztec civilization.

The Moctezuma I pen follows in the springtime tradition the firm established in the early 1990s, and features a series of design elements that highlight essential Aztec innovations; it is Edition 87, calling attention to 1987, the year the famous Templo Mayor became a UNESCO World Heritage site.

Other details of the pen include native materials, including turquoise, which is used to great effect in the pen’s cap. Jade is also used, as well as a series of motifs from Aztec culture. The pen’s barrel is crafted from cocobolo.

To complement the pen—and combine with it to make an extraordinary gift—Montblanc also produced a red calfskin notebook.