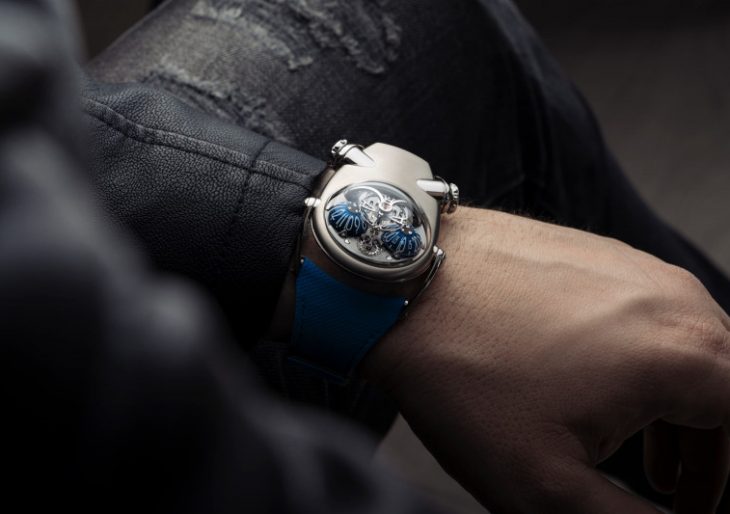 MB&F’s newest HM series watch is a dog. A bulldog, though. So Britons and fans of Winston Churchill, take note. The HM10 Bulldog is a watch collector’s dream.

As in other entries from MB&F, such as HM6 and HM8, the HM10 Bulldog’s design aspires to burst forth in all dimensions. The typically iconoclastic shape diffuses the traditional visuals of a wrist timepiece by shattering them and putting them together again.

No horological hobbyist or fellow designer has ever accused MB&F of sticking to the tried and true, or appealing to expectations about watch design. The HM10’s design sensibility places semi-globes within a crystal of the same shape. The back follows suit, giving the whole the appearance of a bisected sphere. And if you look at the lower half close enough, you’ll see a bulldog’s jaws opening and closing—a clever artistic flourish that earns the timepiece its name. The movement is an MB&F-designed 34-jewel caliber; the watch features a 45-hour power reserve.

The color themes available for the HM10 vary. One mixes rose gold with brown leather and chrome; another, sportier version comes in titanium and blue.