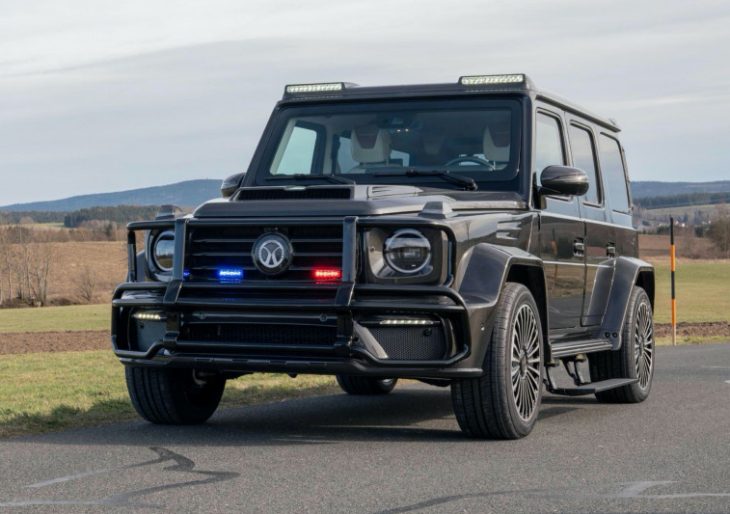 In the past decade, the two major German tuning shops, Brabus and Mansory, have both grown by leaps and bounds. Demand is up for custom builds on luxury car foundations. And, although each specializes generally in the automobiles of a specific country—Mansory favors British style, while Brabus’ sensibilities are more domestically oriented—a bit of genial one-upmanship has of course developed between them.

Both had planned to debut their first armored vehicles at the Geneva Auto Show this month; the show was cancelled, of course, but the debuts continue, including the duo of armored conveyances from these two growing companies. We’re going to have a look at the Brabus offering, the G63 Invicto, in a separate piece. For now, let’s take a gander at the Mansory offering…which is, interestingly, also based on the Mercedes G63.

Of the pair, the Mansory hides its armoring better, and lacks the quasi-militant flourishes of the Brabus; the unflappable cool of the G63 remains entirely intact. Beneath its surface of added carbon fiber, it offers international standard VPAM 4 or 7 protection; the latter will protect against penetrator rounds and offers greater explosion resistance.

Mansory’s wide-body kit is also featured as part of the package. Other features include an LED bar, custom Mansory bumpers, and emergency lighting. And, power can be boosted to 800 horsepower.

The interiors, of course, can be optioned as luxuriously as desired.