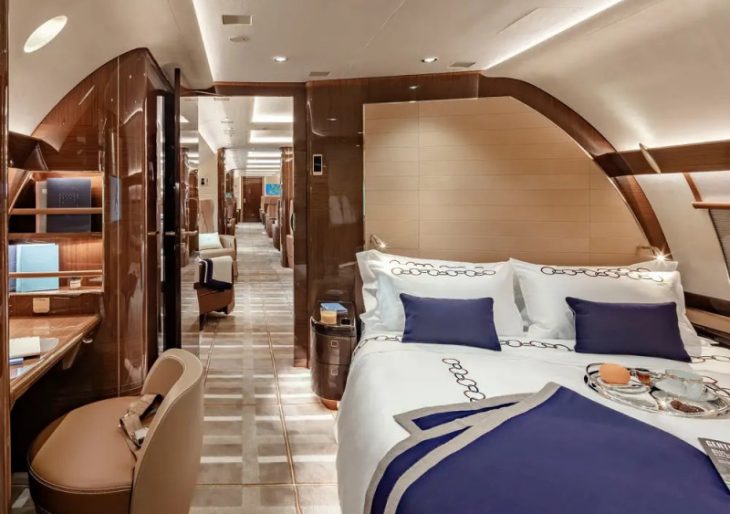 Aerospace giant Airbus is the producer of the world’s largest passenger aircraft; the A380, which first took to the skies in 2007, can seat over 850 passengers. This year, the company’s corporate division, ACJ—Airbus Corporate Jets—delivered the first ACJ320neo, one of the largest and most luxurious business jets on the market.

The plane is designed, more or less, as a high-end business suite with wings. Passenger numbers are assumed to be a small crowd; the jumbo jet can seat 19 and sleep 17. The layout—which is entirely customizable—is geared toward space for those on board, with the master lounge and master suite occupying around half of the area, and an entertainment/media space and kitchen each receiving a large portion of the remainder.

While the plane’s cabin size beats anything made by Bombadier or Gulfstream, its range comes in a bit under the top-tier offerings of either of those companies. The ACJ320neo can travel 6,000 nm (or 11,112 km) fully fueled; the Bombadier 7500 can travel 8,150 nm before needing refueling, though the comparison may not apply.

But the ACJ320neo’s appeal is in its cabin, which is designed in the style of a luxury yacht, with plentiful high-gloss hardwood, and abundant breathing room. This particular example was designed by Basel-based AMAC Aerospace.

The first ACJ320neo went to Acropolis Aviation, a small specialty airline in the U.K. The final tally for the customized business jet? $110 million. 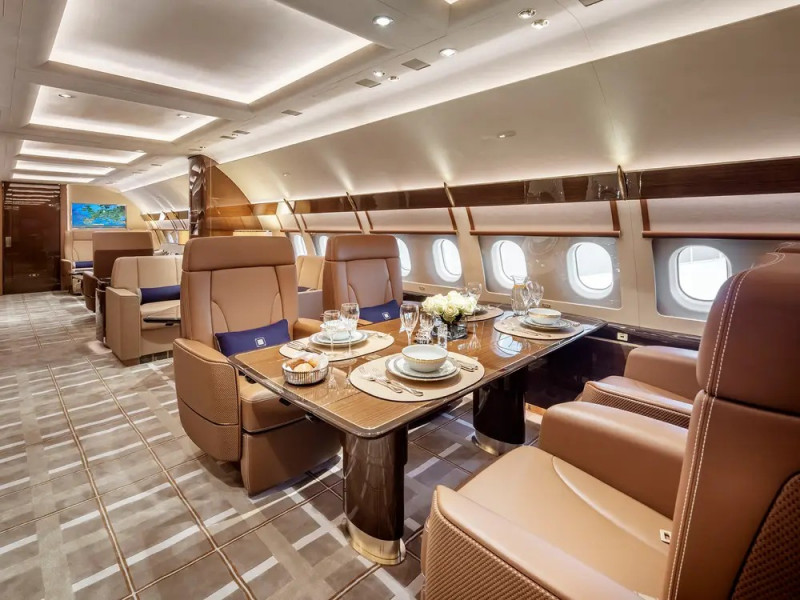