Louis Vuitton’s newest addition to the Tambour series of timepieces is the Tambour Curve Flying Tourbillon Poinçon de Genève. That’s a substantial series of syllables to saddle any watch with, but this particular wristwear is important to the fashion house because it bears the Louis Vuitton logo in the most prominent manner on its face.

The watch has a bezel thickness of 12.75mm. It gets its shadowy appearance from carbon fiber, and lots of it; this postmodern horological delight is crafted from a material called CarboStratum, a layered material composed of a hundred sheets of carbon fiber. Titanium comprises the remainder of the watch’s bulk material, with gold and diamonds finishing it off in higher-priced verions. 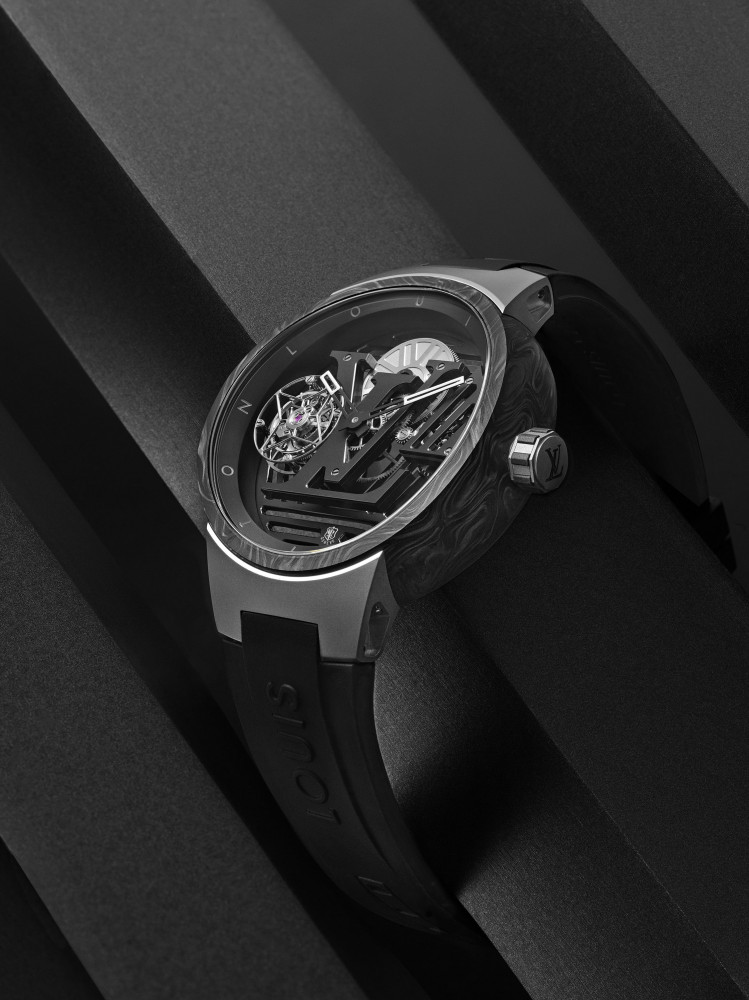 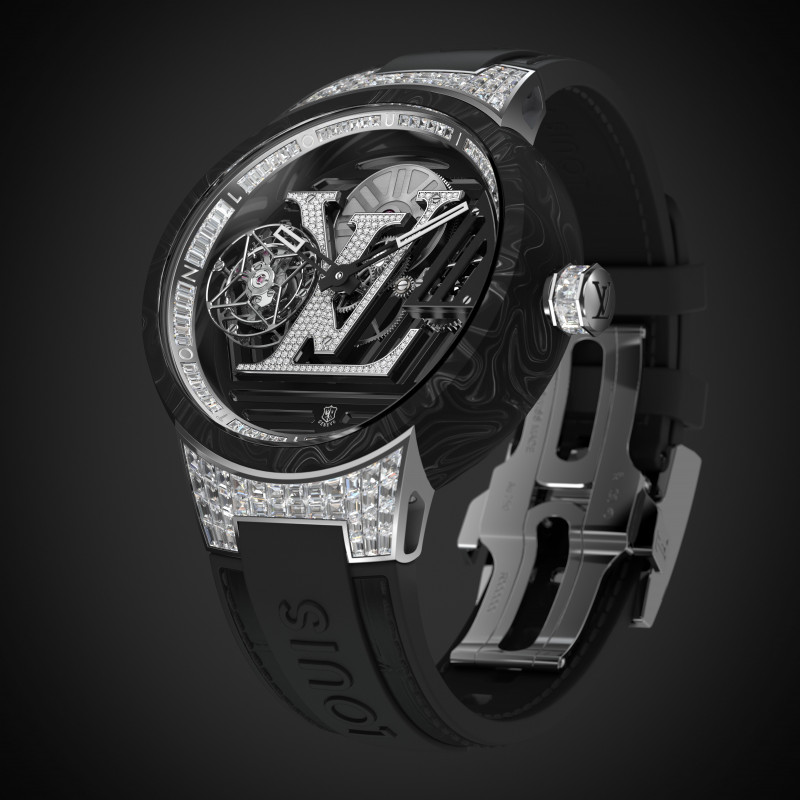