Motorcycle builder Lazareth has a new labor of love to show off: the LM 410.

The ’cycle boasts an unusual feature for a two wheeler: four wheels. Lazareth’s been down this road before, with the LM 847 they rolled out a few years ago. Unlike the LM 847, the engine is sourced from Yamaha, and it’s not nearly as powerful; that’s just fine, though, as the LM 847’s 470 horsepower was a trifle overkill, even if it did weigh just shy of a thousand pounds.

The four wheels give the bike extraordinary stability and braking. The look is undeniably sci-fi, though, despite the pragmatism at the bottom of the design. 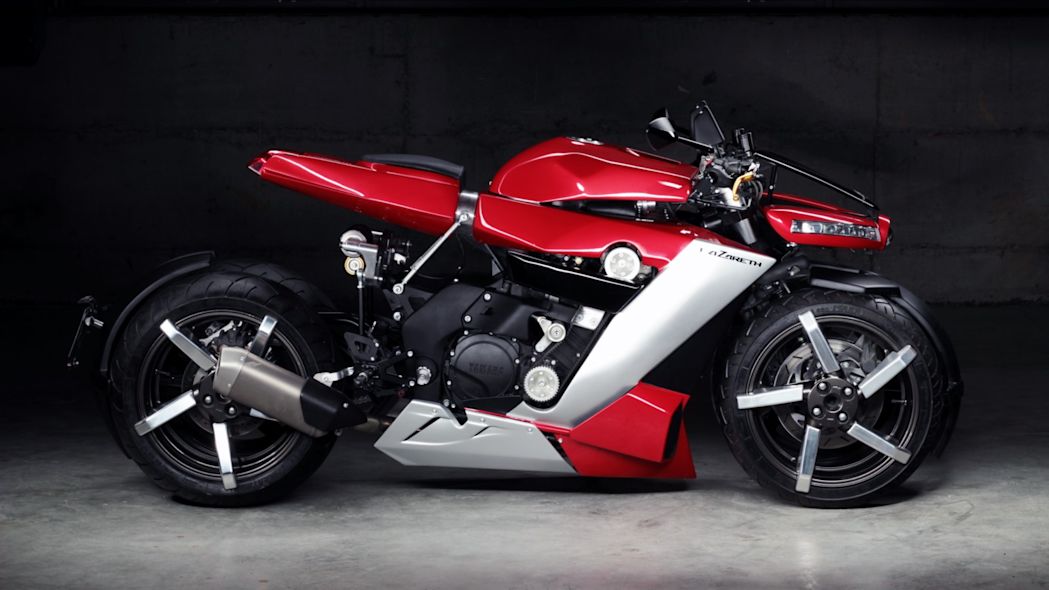