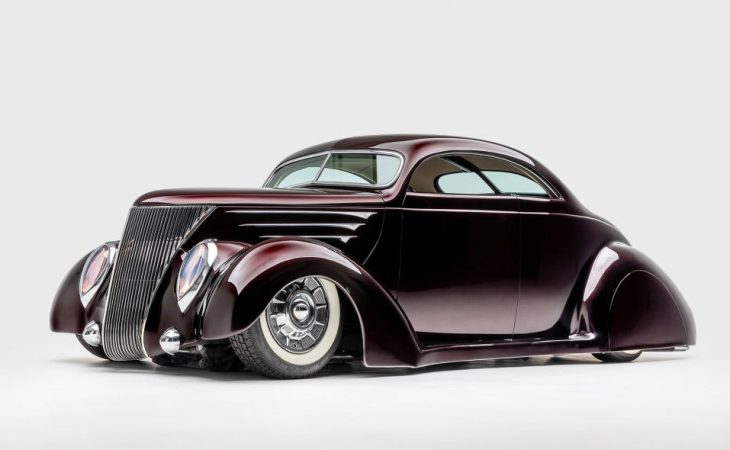 At the beginning of February, a show featuring the car collection of Metallica frontman James Hetfield will open on Wilshire Boulevard. It’s called Reclaimed Rust, the name borrowed from the title of the photograph-rich book about the rocker’s automotive hobby.

The Petersen Automotive Museum is hosting the hot rod rogues gallery, but the program isn’t limited to unusual four-wheeled contraptions—it will also feature a few of Hetfield’s prized guitars, as well as photos and other memorabilia. Two ESP guitars from Hetfield’s six-string stable will be auctioned by the museum.

The ten cars featured in the show include a 1934 Packard—called ‘Aquarius’—and ‘Voodoo Priest,’ a 1937 Lincoln. A 1953 Buick Skylark christened ‘Skyscraper,’ and a 1948 Jaguar known as ‘Black Pearl’ were also selected for the show. None of the cars have been displayed publicly before.

The engagement begins on February 1st, and extends through the end of October. The auction will be held at the VIP event on the opening day of the show.