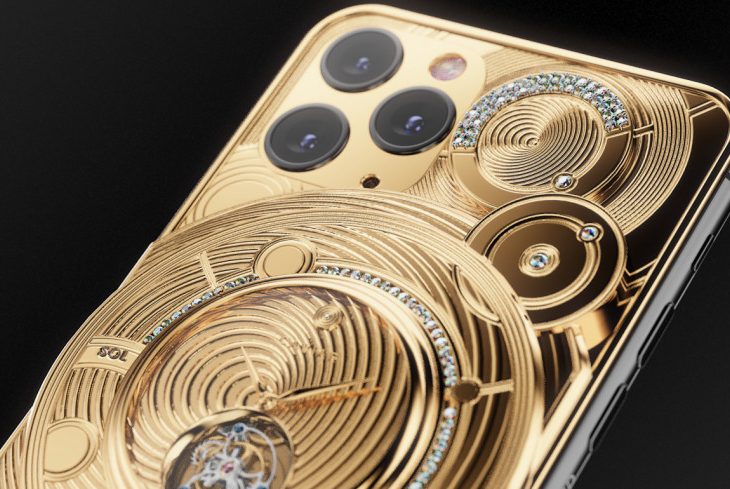 Russian firm Caviar’s more recent entries have tackled figureheads both tech and pop—their Steve Jobs and Beatles iPhones appeared last year, and both were welcome deviations from the polarizing political tributes that marked their initial offerings.

Lately, the company’s eyes have turned skyward, as their most recent product is a glitzed-out iPhone 11 Pro with heavenly aspirations. They’re calling the dazzling, gold- and diamond-encrusted model the Solarius Zenith.

Zenith, when discussing the heavens, indicates the direct line of sight of an earthbound observer to a celestial body overhead. Solarius is the sun, of course, but there may be an embedded reference to Stanislav Lem’s novel Solaris, and/or Andrei Tarkovsky’s film adaptation of it, in the name as well.

This handmade iPhone case is actually a marriage of smartphone and tourbillon clock, with a 19-stone mechanism. One prominent stone marks the 12 o’clock position of the face—a large diamond.

The price tag reflects the position, and is similarly astral; the Zenith starts at over $100K, with Caviar’s extensive customization options adding to the final tally. 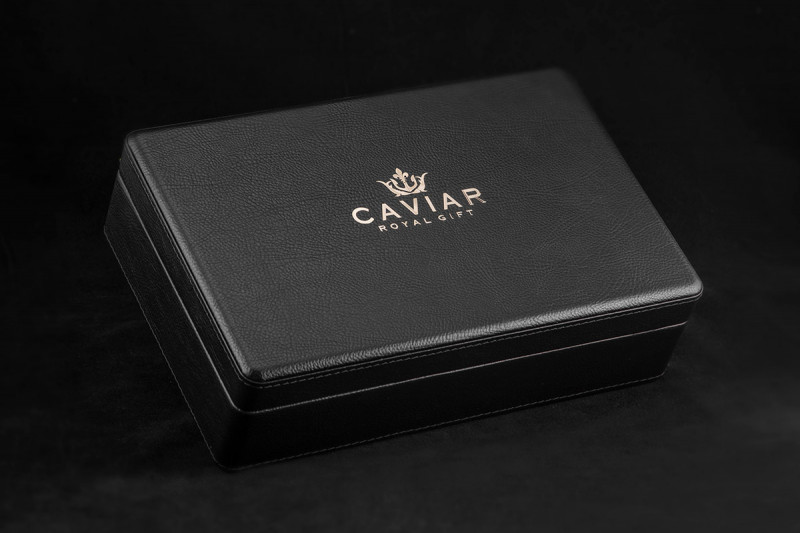