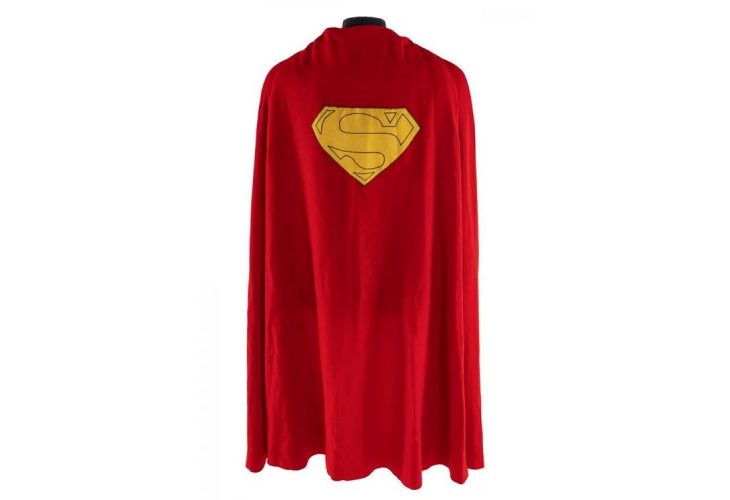 It’s no surprise that signature wardrobe elements of blockbuster film characters that become pop-cultural icons can make rewarding auction fodder. Case in point is a cape worn by Christopher Reeve in his initial turn as the man of steel in Richard Donner’s 1978 big budget, John Williams-scored Superman.

The accoutrement fetched nearly $200K when it went under the gavel at Julien’s in Los Angeles, as part of the firm’s annual Icons and Idols auction. Julien’s caters to entertainment- and sports-world memorabilia. Last year’s Icons and Idols items included Marilyn Monroe’s Ford Thunderbird, which sold for nearly $500K.

The cape is one of six, which to the jokesters out there would make perfect sense; given the frequent necessity of dry cleaning required of any working superhero’s uniform, it’d be a good idea to have several clean examples waiting in the closet.

Having multiple copies of standout wardrobe items is an industry necessity, of course, but it often translates to a minor windfall to those who own the pieces in the ensuing decades. Similar recent auction history found one of the several fedoras worn by Harrison Ford’s character Dr. Indiana Jones in Raiders selling for over $500K at an auction in London last year.