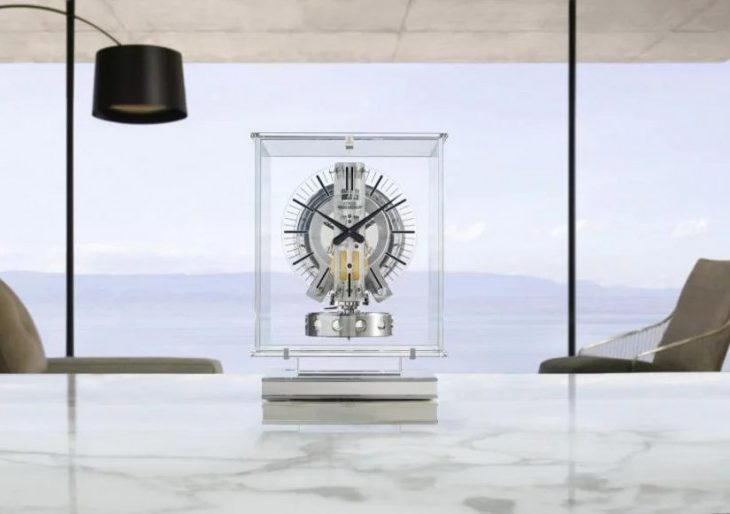 Jaeger-LeCoultre Serves Up Another Fascinating Atmos Clock With ‘Transparente’ Iteration

At under $10K, Jaeger-LeCoultre’s Atmos Transparente clock gives those fascinated with horology much to see. The clock has its roots in a design by engineer and inventor Jean-Léon Reutter, who apparently came as close as anyone ever has to developing a true perpetual motion mechanism with his own Atmos clock in the 1920s.

The original clock was transparent, too—except for the movement itself. Jaeger-LeCoultre has updated things a bit by allowing a view into the clock works themselves. But the fundamental style remains intact, and the deco styling does too.

And, like the original, the Jaeger-LeCoultre Atmos Transparente clock works in a most inventive manner: by using the expansion of gases due to ever-changing meteorological conditions to provide the energy to power it. Previous iterations include the $33,000 Atmos Hermes Clock and the $28,000 Atmos 568 by Marc Newson.