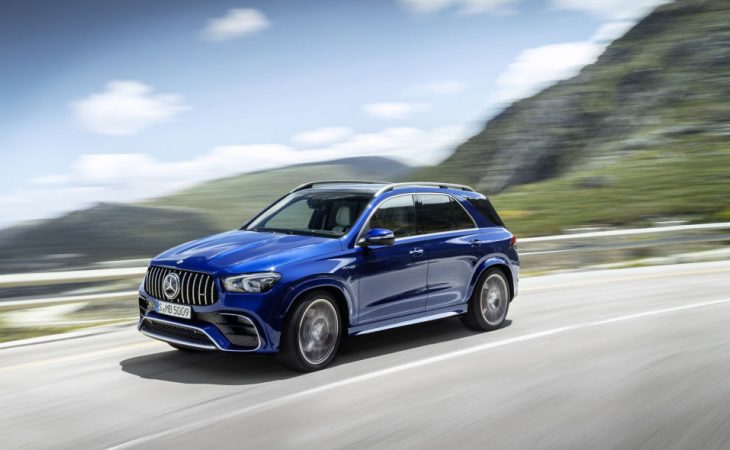 At this year’s Los Angeles Auto Show, Mercedes showed off its updated GLE 63 S performance SUV for the upcoming model year. The form of the model hasn’t changed substantially; it looks as refined as ever. But the engine is now a 4L instead of a 5.5L, and tech and performance feature sets have received significant revisions.

The 2021 GLE 63 S makes the most of the M177, one of the ubiquitous AMG-series engines in use since the middle of the decade, tuning the 4L V8 biturbo to produce 603 horsepower and 627 lb-ft of torque. Like other Mercedes performance models, it features a 48-volt motor in place of a starter, which adds another 21 HP and 184 lb-ft of torque to the equation. A 9-speed auto gearbox sends the power to either all four wheels or only the rear axle, and the incoming GLE 63 S can hit 60 MPH in 3.7 seconds on its way to a limited top speed of 174.

Standard performance features for the model include AMG’s active roll stabilization and adaptive air suspension; the former keeps the car stable on turns, while the latter feature includes two special off-road driving modes—‘Trail’ and ‘Sand’—which raises the chassis to keep detritus from flying into the drivetrain.

Mercedes is keeping shtum on pricing at present. But expect the 2021 GLE 63 S in dealerships around the middle of next year.