The newest timepiece to emerge from Airbus Corporate Jets and Swiss watchmaker Richard Mille establishes an ongoing relationship between the two brands. The team produced one extraordinary example of functional wristwear back in 2016, when they released the 50-02 ACJ Tourbillon Split Seconds Chronograph. The second entry in what has become a series is the RM 62-01 Tourbillon Vibrating Alarm ACJ.

The collaboration is a likely one. Richard Mille’s designs and material selections are adventurous and forward-thinking. With Airbus associated, the merging of travel romance and tech looks entirely natural.

The titanium, carbon and sapphire timepiece is, according to Richard Mille, the most complex movement the inventive brand has developed to date: 816 components. The watch’s look captures the feel of an ACJ plane interior, right down to the arch of the crystal.

The vibrating alarm comes into play in the form of a subtle, smartphone-like resonation. It, too, is mechanically complex, and came about through many years of effort. 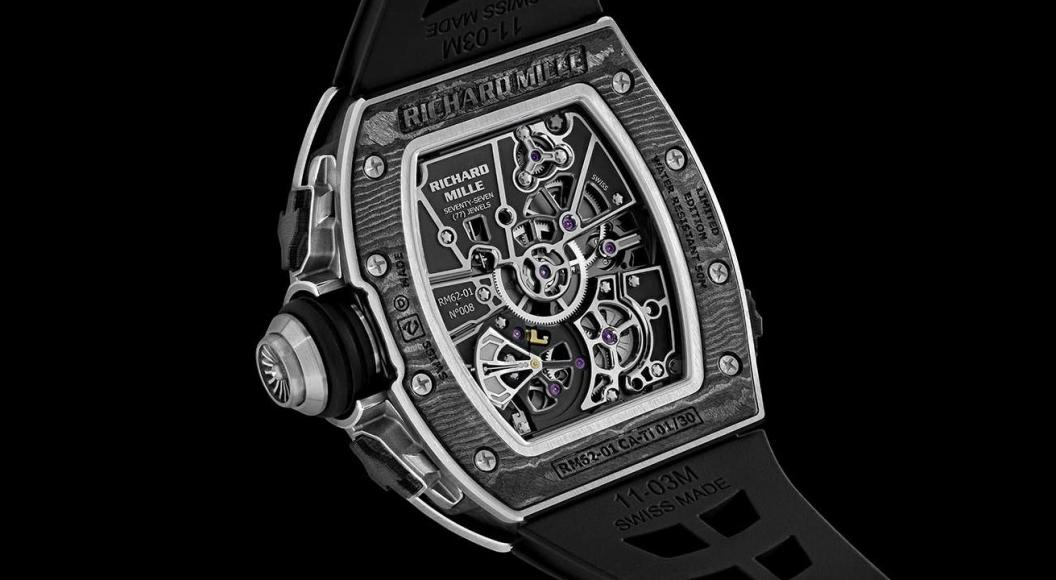