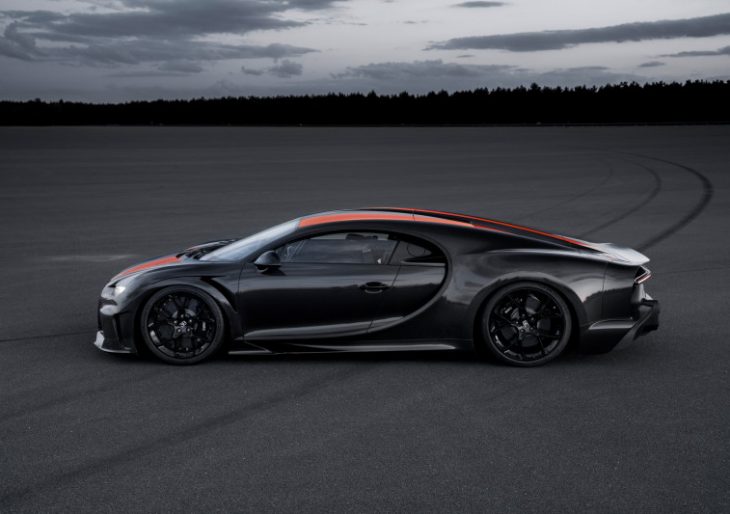 With its prototype’s record-setting and well-publicized 304-MPH performance having done the promotional groundwork, Bugatti has rolled out the limited-run Chiron Super Sport 300+.

The prototype set the record at Bugatti parent company’s testing track—the Ehra-Lessien, in Germany—and buyers of the limited-production Chiron Super Sport 300+ will in all likelihood have the option of driving their own examples at Ehra-Lessien, themselves taking part in the ground-breaking record. They’ll have to order their example with a roll cage, though; for all examples sold without the safety feature, an electronic speed limiter will be installed.

Which is all well and good. Bugatti claims that, given a long enough straightaway, the car’s 1,578-HP W16 engine could propel it to a top speed of nearly 320 MPH. There’s a mighty slim margin of error driving at 200 MPH; at 320, fatalities would certainly ensue.

The Chiron Super Sport 300+ will be limited to 30 examples. The sticker price is ~$4 million.