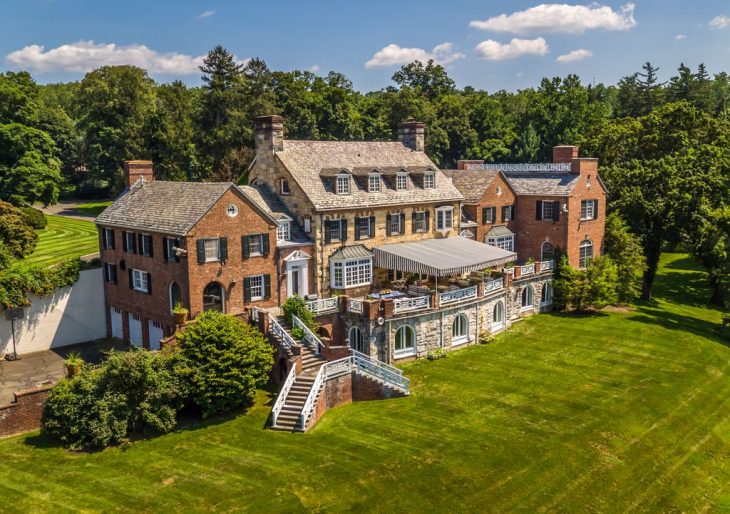 Michael Douglas and Catherine Zeta-Jones Pay $4.5M for a Charming Manse in New York After Taking $20.5M for the Old One

With their island estate in Spain on the market with an aggressive, nearly 50% price cut, and their Bedford Corners, New York, home in the rearview for over $20 million, Michael Douglas and Catherine Zeta-Jones have been conducting a substantial shift in residential sensibilities during the past few years. ’Tis a gift to be simple, as the Quaker anthem goes, and there’s something to be said for paring down. But not too much.

In the spirit of that particular amendment, Mr. Douglas and Ms. Zeta-Jones have picked up a new residence in Westchester. It’s located in Irvington, which is closer to Manhattan than Bedford Hills. And it was only $4.5 million.

The estate is called Long Meadow, and it extends to 12 acres—most of it lush forest—on the Hudson. The house dates to the late 1920s, according to the listing, and was perhaps one of the last estate builds funded by the era’s wild economic growth before madcap crashed and became just plain depression.

It looks the part. This Georgian features a particularly self-confident facade; the 11,000 square-foot winged brick and stone leviathan boasts an elevated, column-supported portico entrance like an inflated ego.

The property exterior is magnificent. A huge second-floor terrace—partially covered, and with a kitchen—leads to an expansive lawn, while a tennis court and guest cottage are sequestered away in the trees.