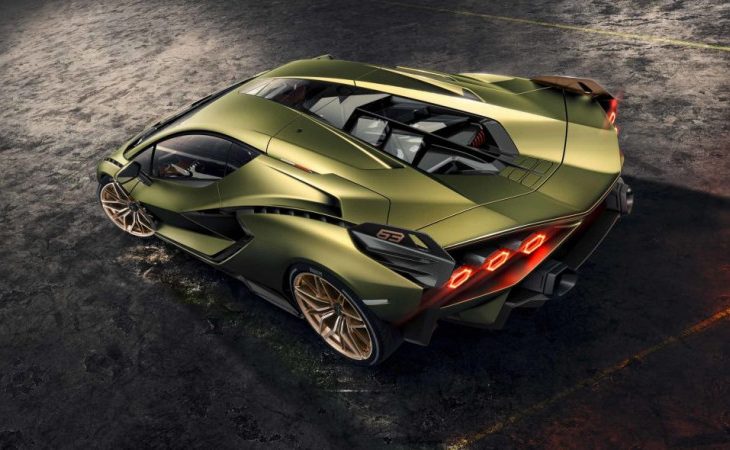 This year’s Frankfurt Motor Show will bring a treat for the eyes and the imagination: the Lamborghini Sián. The wait for the hybrid Lamborghini is over.

Although the Raging Bull certainly didn’t leap into the EV ring; its entry is far more gradual. For one thing, the company is determined to be a trailblazer in the EV hypercar world, and to that end is working with supercapacitors instead of the usual bulky, weighty lithium-ion setups.

The electric component in the Sián tips the scales at 75 pounds; the motor produces 34 horsepower on its own, and is positioned next to the gearbox. In some sense, the supercapacitor-driven drivetrain section is relegated to being an efficiency-boosting support for the car’s 785-HP V12. There’s a bit of launch boost involved—the Sián can hit 62 in a blazing 2.8 seconds—and fuel economy as well. The car goes full-EV when its speed is low enough.

Some aspects of the car’s exterior design are familiar Lambo fare; others break new ground, especially in profile, where the angularity is severe enough to approach the clinical. The interiors are entirely contemporary; they represent Lamborghini at its most forward-thinking.

The company has just 63 examples of the Sián planned for production—one for each year the company has been building sports cars. Pricing reportedly starts at $3.6 million. No need to call your banker—it’s sold out.