Need a Bulletproof SUV With 1,000 Horsepower? Check Out the 2020 Rezvani Tank

Tank-maker Rezvani doesn’t only produce survivalist-oriented vehicles. The company muscled into the exotic car marketplace with the carbon fiber-bodied Beast back in 2014, and they’ve dabbled in Swiss watch design, too.

But it’s the Tank that really put the company on the map when it was introduced in 2017. Built around a Jeep chassis, and offering hand-stitched leather as well as FLIR thermal cameras, Kevlar body and gas-tank armoring, and bulletproof glass and door panels, the V8-powered survivor (or V6-powered, in the case of the budget-friendlier variant) did a nice job of melding luxe pretension, a not-so-quasi military sensibility, and Italian-inspired body language that made the Hummer look somewhat clunky and old-fashioned in comparison.

The 2017 Tank’s sticker price was a substantial $180K. That didn’t stop Rezvani from selling more than a few of the 500-HP vehicles, mainly as status symbols of individuality and/or arrival; Jamie Foxx is a notable owner of one of the urban escape conveyances, and Enrique Iglesias fans might’ve seen their idol tooling around in one in a music video.

For 2020, Rezvani has tinkered a bit with the formula, and built on the momentum. The summer of 2019 finds a refreshed Tank for the next model year: the Tank X, base price $355K. This one ups the ante on the gadgetry along with the price, bringing a genuine smoke screen option to the bill of fare, as well as an option of EMP protection, should a tech-savvy terrorist detonate a device rendering all electricity-dependent devices—the list, of course, includes conventional highway vehicles—inoperable. And it doubles down on the horsepower, bringing the rating to a nice even 1000 compliments of a Dodge Hellcat Redeye engine.

The style of the Tank remains essentially the same for 2020. Rezvani works with the Jeep Wrangler as a build foundation, and the new Tank is modified to fit the new Jeep. But the stealth-inspired lines, thankfully, remain entirely intact, so the new Tank retains the angular mystique which made the form of the former such an exotic sight. 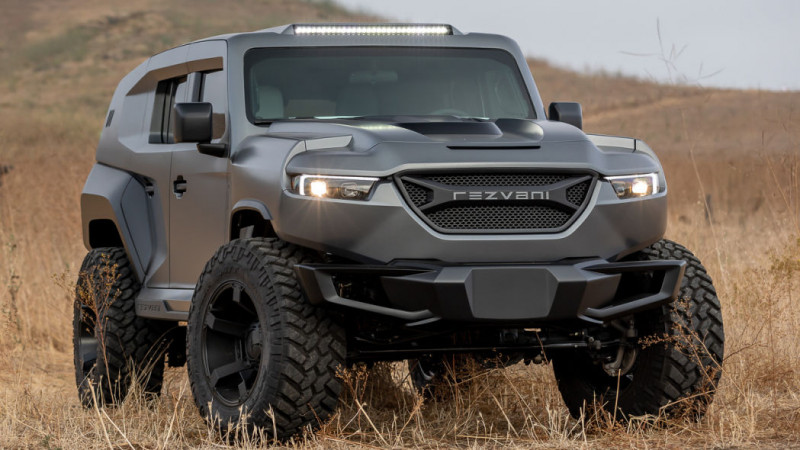 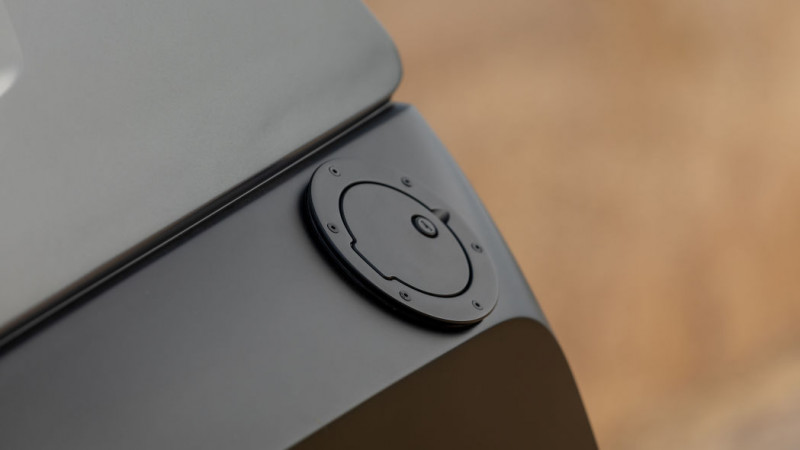