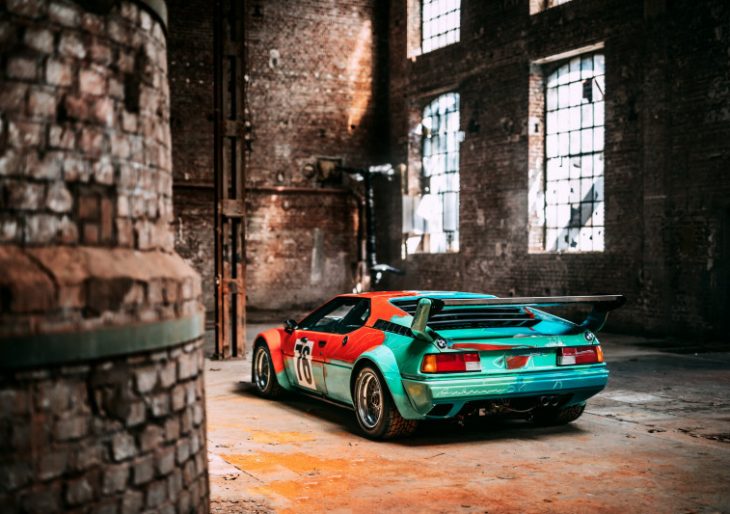 BMW went through its back pages a bit this month when it rolled out the 1979 Andy Warhol Art Car for a photoshoot. The car was photographed in an old factory building in Cologne, Germany, a space intended to suggest Warhol’s Factory, the Manhattan studio where the former commercial artist created, partied, and influenced a generation of pop-culture stars and hangers-on.

The timing of the shoot was hardly arbitrary. The photo session marked the 40th anniversary of the Andy Warhol M1. The series had only been underway for four years when Warhol was commissioned to place the performance model, and implicitly the automotive brand itself, within his uniquely creative conceptual space.

The pop artist was inspired by the idea of colors blending together to suggest a vehicle moving at high speeds; the results are intended to evoke motion while stationary. To achieve the effect, Warhol applied sweeping brushstrokes, completing the project in about half an hour.

The BMW Art Car series started in 1975 with the 3.0 CSL canvas by Alexander Calder. Over the years, the series has accumulated a lengthy list of influential visual artists, each providing their own singular addition to what has become a canon of sorts.