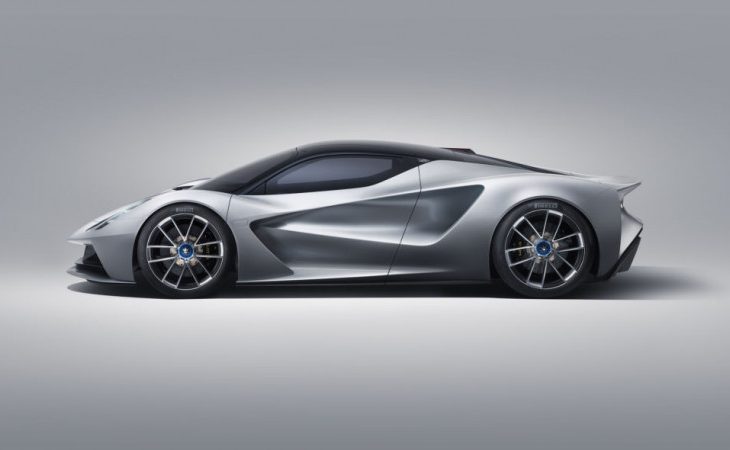 Lotus is back. With a vengeance.

Sounds like a hacky rough draft of a 1980’s movie tagline, doesn’t it? But the first Bond flick of the 2020s may just find the British company once again transporting the world’s most famous fantasy spy out of his next close shave. With the Evija, the company is on its way to definitively carving out a reborn presence as a preeminent exotic automaker.

And 1,973 horsepower—a borderline fantasy number if ever there was one—should quickly shuttle anyone anywhere.

The design of this new Lotus is a radical departure and a return to form. New parent Geely is the driving force behind the ecologically relevant, 1,250 lb-ft torque monster. Geely acquired Lotus in 2017 by purchasing a controlling share, and followed up by building a ~$1.25 billion factory in China to build the cars, and those of other brands owned by the conglomerate, which include Volvo’s EV division Polestar. But make no mistake—the Evija is hand-built in Britain.

With a less-than 20-minute charge time and a projected 250-mile range, the model has loudly proclaimed Geely’s ascendancy in EV tech. The Evija ain’t cheap—with the considerable cash that clearly went into its R&D, that’s hardly surprising—and stickers at a rather profound $2.1 million. Far more interesting is what such a cavalierly substantial model reveals about Geely. This is a powerful company.

The looks are remarkable. Riffing on sci-fi spacecraft, Italian exotics and F1 designs, and biological forms, the sculptural Evija is serious business. It’s going to be a limited-ed, of course. So if you want one of the 130 planned to roll out of Geely’s new Wuhan factory, best order as soon as possible. $315K will get your name on the list.