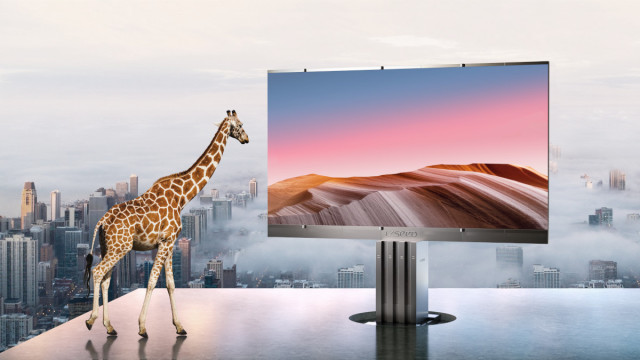 Developed with luxury outdoor living in mind, the 301-inch television is the ideal star for an at-home movie night under the stars. The 301 is a high-quality technical creation featuring a 4:500:1 contrast ratio. Four million LEDs went into its massive screen.

The set is crafted from carbon fiber and titanium for increased durability. The screen is comprised of several panels, which fold away and retreat into the unit’s base when not needed. When it’s time to begin the outdoor film festival, the operator simply presses a button, the TV assembles  itself, and the show begins. Features include 4K video support, advanced HDR tech, and a six-speaker sound system.