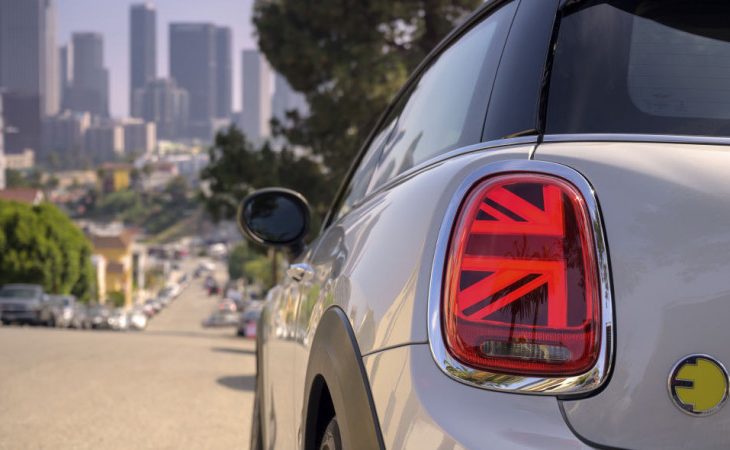 The familiar Mini Cooper design has been completely electrified, and is now powered with a 32.6-kWh lithium-ion battery. The drivetrain is capable of producing 181 horsepower and 199 pound-feet of torque.

Able to zip from zero to 62 mph in 7.3 seconds, the Cooper SE maxes out at 93 mph; it’s an urban commuter design first and foremost. A new dynamics system reduces wheel slip and increase agility in tight spots, giving it the dexterity to deal with city street contingencies.

Mini designed the SE with four driving modes, including Sport, Mid, Green, and Green+. Drivers can expect a range of somewhere between 146 and 168 miles on a charge, which is a solid number, and they are able to easily keep track of remaining juice via a 6.4-inch screen which, among other things, displays battery status.

As far as styling is concerned, the Cooper SE looks classic Mini. But it does distinguish itself from the gas models with a small front grille and bright yellow accents.

Interested U.S. drivers can expect the nifty EV to arrive early next year.