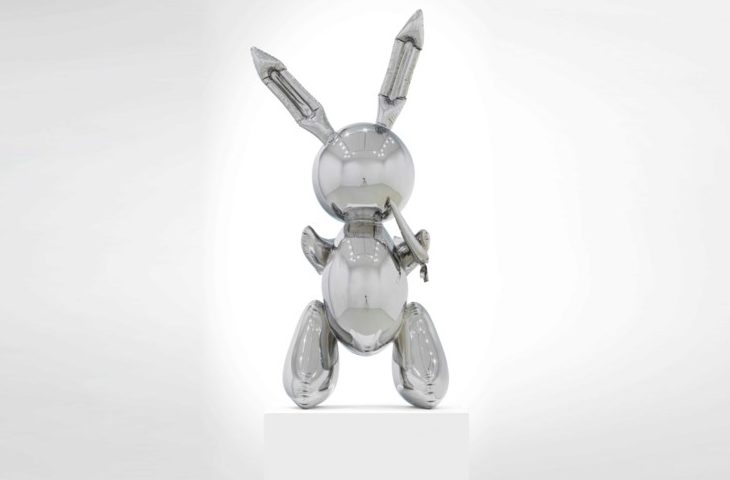 American neo-pop artist Jeff Koons expresses the cultural zeitgeist by working with and transforming everyday objects, giving them a resonance that is both substantial and whimsical. His pieces are wildly popular, and hugely collectible.

To illustrate the point, Koons’ now-historic “Rabbit” sculpture sold at auction this month for an anything-but-ordinary price. Bidding was estimated to top out at around $50 million, but the work actually ended up fetching more than $91 million when the dust had settled at Christie’s New York.

The three-foot-tall figure has been featured at a number of world-famous museums, including The Museum of Contemporary Art in Chicago. The iconoclastic bunny made its debut 33 years ago, setting a new tone with its blatant disregard for “traditional” sculpture…and art critics who wallow in the traditional. Its mirrored exterior was designed to reflect back on both its surrounding setting and the onlooker.

Following the reception of “Rabbit,” Koons went on to design the famous Balloon Dog sculpture, which sold for $58.405 million in 2013. At the time, it set the record for the highest sale price of a work by a living artist. The sale of “Rabbit” just earned Koons the same honor once again, overtaking last November’s $90 million sale of Hockney’s ‘Portrait of an Artist (Pool With Two Figures)’.

“Rabbit” sold as one of 11 pieces in a special collection of S.I. Newhouse at Christie’s in New York.