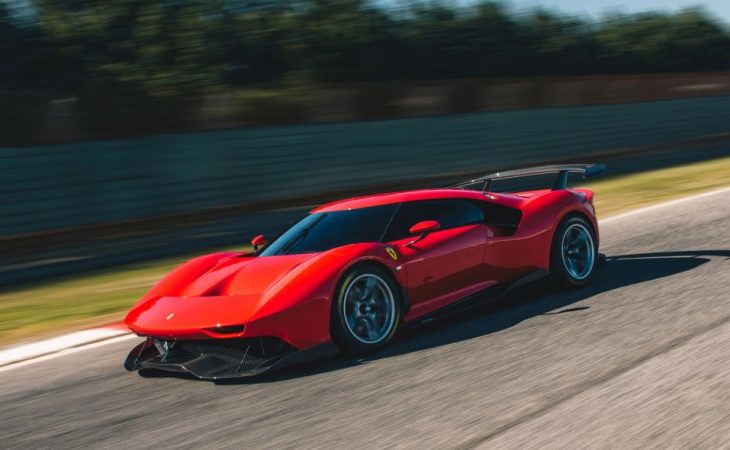 A Ferrari enthusiast is going to have a happy spring this year. The one-off this customer commissioned from their favorite exotic automaker has been delivered, after four years of development. There will never be another.

The singular model is called the P80/C, and it cites Ferrari models from the 1960s to the current era; the 488 GT3 is represented strongly in the design language, but the vocabulary of the Dino 206 S, the 330 P3/P4, and the 250 LM may be recognized by enthusiasts as well.

But the SP80/C comes by way of the Ferrari Styling Center and the Ferrari Special Projects division. It is a track car, heavy on the wedge and boasting a strong racing pedigree style. It is made entirely from carbon fiber, and can reach a top speed of 211 MPH.

Ferrari was understandably proud to unveil the car, and stated that this particular one-off has been blessed with a development period whose length has been unheard of in their history…until now. The client is believed to be a resident of Hong Kong; the final dollar tally is believed to have exceeded $5 million.

Naturally, Ferrari would love to entice other clients to bring their own dreams of owning a singular purebred prancing horse to give ‘em a call on the subject and pony up. Previous Ferrari one-offs have been drool-inducing instant classics, and include the 458 Italia-based and Berlinetta Boxer-riffing SP12EC built for Ferrari-phile Eric Clapton—a blues breaker for a Bluesbreaker, as it were.