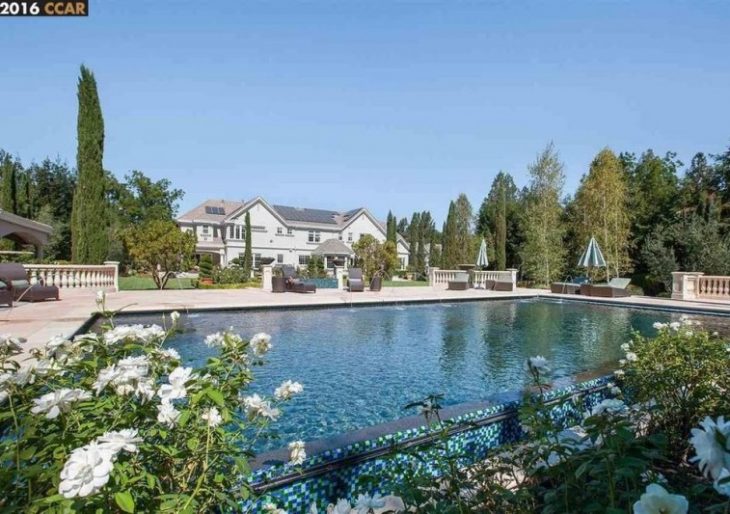 NBA All-Star Steph Curry recently sold the Alamo, California home he picked up in the fall of 2016. In for $5.8 million, and out three years later for $6.3 million. Not an ideal return on investment on the Alamo, CA property, but it’ll do; the last time he sold a home in the area—back in the summer of 2017, he took a small loss on a house in nearby Walnut Creek when he sold it for just under $3 million against the $3.2 million he plunked down for the property in 2014.

The Alamo house is very traditional, sporting a brick exterior, steep roofline, and an entry flanked by ornamental columns. It certainly qualifies as a mansion, setting up a streetside impression of great space, sprawling out with a considerable lateral footprint.

The house itself measures 9,864 square feet, with seven bedrooms and nine baths throughout. It dates to 2004, and was renovated in 2006.

The interiors are very warm, and the design makes an effort at displaying an aristocratic feel, with warm wood abounding, tray ceilings, and antique-design fixtures; but the open concept of the shared living spaces marks it as a very recent build. A double-sided marble fireplace acts as a demarcation accent wall, and stands between the living and dining rooms; a set of French doors opens between the living space and a billiards room. Conservative, homey, expansive, and overtly luxurious.

The property exterior is large, and laid out like an estate garden of the 19th century; fire features, water features, a Roman-style pool with a pool house, a covered summer kitchen and dining/lounging area, and gardens fill out the very groomed 1.6 acres of grounds. 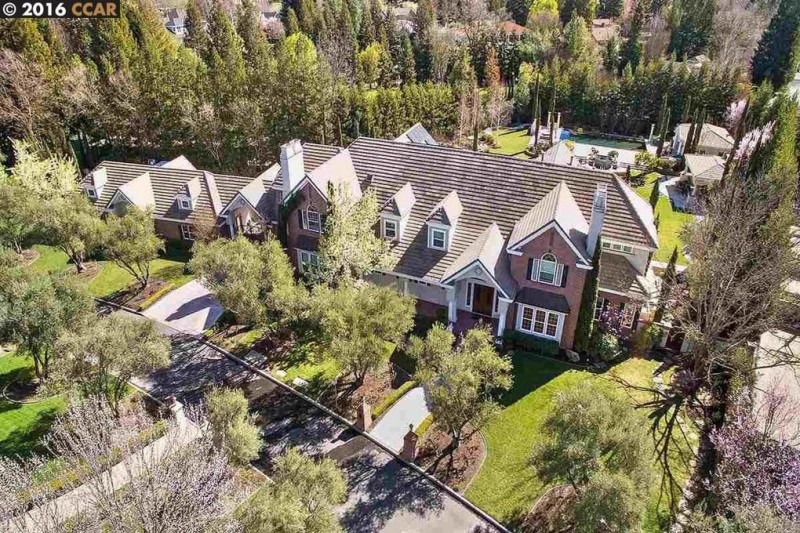 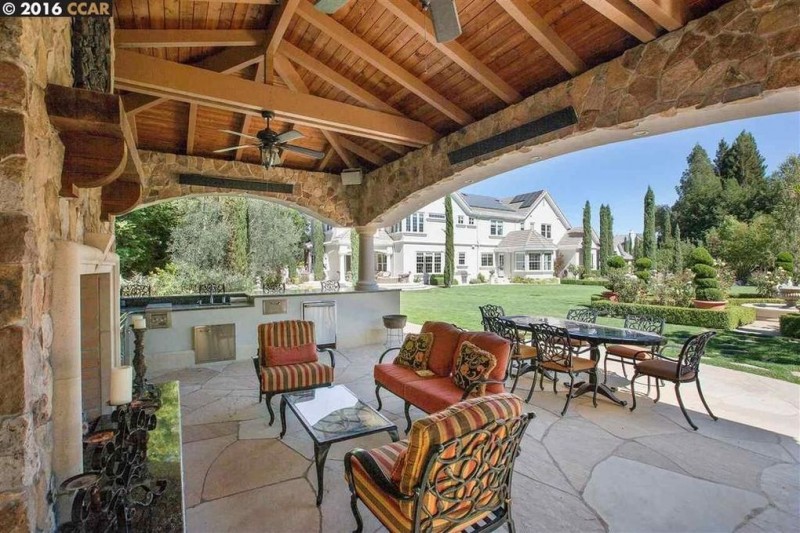